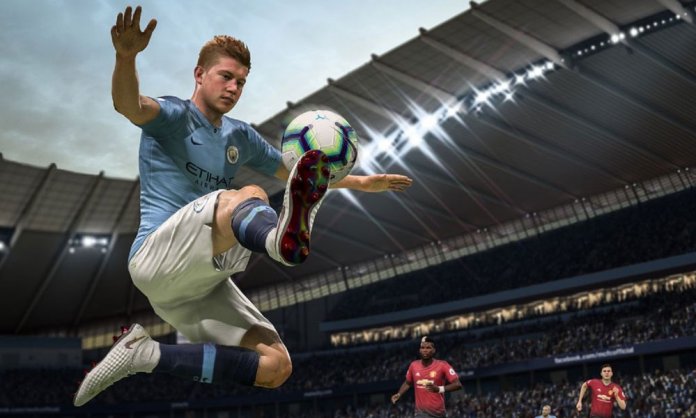 Two new modes coming to September soccer sim “FIFA 19” allow players to lose a player for every goal scored or entirely do away with fouls.

There’s a little bit of extra novelty bound for “FIFA 19,” which is being prepared for launch on PlayStation 4, Xbox One and Windows PC in addition to Nintendo Switch, PS3, and Xbox 360.

Pick-up matches played in survival mode make teams lose a player when they score a goal, according to Eurogamer‘s preview event report.

If either team reaches five goals — that is, five players sent off — before 90 minutes, the match ends automatically.

That’s because the mode still adheres to the FIFA rule that a game can’t continue if there are less than seven players on a team.

For those that want to do away with red and yellow cards, a House Rules mode lets players turn off fouls entirely.

That makes it impossible to get sent off for illegally hard tackling, and also gets rid of the famously beginner-unfriendly offside rule.

Another option, when activated, means that only headed or volleyed goals are counted.

If the allusions to schoolyard football games weren’t obvious enough, there is also an advantage setting in which one team can start with one or more goals already in the bag, making things more of a challenge for seasoned players.

“FIFA 19” launches September 28, a full month after longstanding competitor “Pro Evolution Soccer 2019” arrives on PlayStation 4, Xbox One and PC the week of August 28.