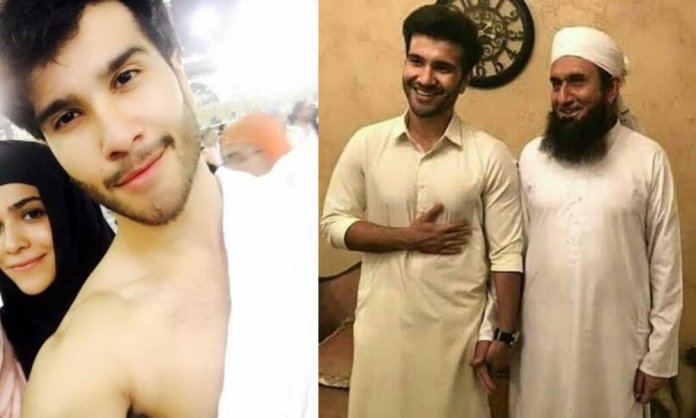 The Khaani actor’s excited wife took to Instagram and shared an affectionate picture with her husband and wrote in the story, “May this spiritual journey brings more faith in your life and serve the purpose.”

His unexpected move has left many fans astonished and they have begun speculating whether the actor has quit the Pakistani industry or not.

#Alizeyferozekhan wife of #FerozeKhan posted a selfie with him on insta story and wish him for the spiritual journey and now #FerozeKhan deactivated his Instagram account and cut off from social media to focus on his spiritual side .

A post shared by All Pakistan Drama Page (@allpakdramapageofficial) on Feb 9, 2020 at 7:38am PST

However, Khan is still hush regarding this issue and hasn’t given any statement.

Let us bring it to your attention that prior to this, the star’s pictures with well-known religious scholar Maulana Tariq Jameel were floating on the internet.

Khan touched the heights of popularity with Geo TV’s hit drama serial Khaani and just the trailer of his new movie Tich Button was graced the social media.

The actor made his film debut in 2016 with Zindagi Kitni Haseen Hay and tied the knot to Syeda Alizey Fatima Raza in 2018.

Furthermore, actor Hamza Ali Abbasi has also announced to quit the showbiz industry, notifying that his decision is established on 10-year long research.

In a video that went viral on social media, the actor told that he would spend the rest of his life in accordance with the religion.

“I will make films and dramas to give the message of God,” Abbas stated while adding that there will be no “inappropriate elements” in them.