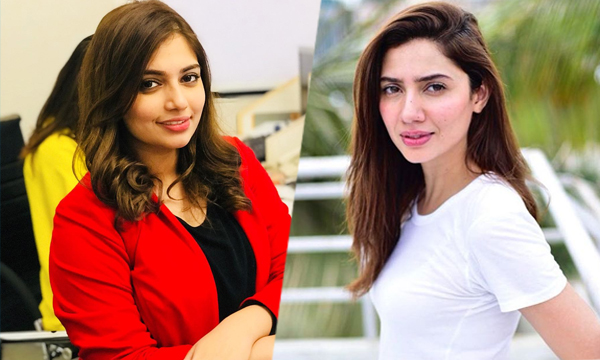 Social media is pretty miffed with Mahira Khan for not participating in Elections 2018.

The starlet was apparently in Canada along with bigwigs of the industry like Yasir Hussain, Kubra Khan, Hania Aamir, Bushra Ansari and to attend the Hum Style Awards 2018 this weekend.

While HUM TV has also landed itself in hot water for scheduling the ceremony during the election week, it is Mahira who is mostly making headlines for all the wrong reasons!

Following the backlash, Khan took to Twitter and expressed her remorse for being away from her homeland at such a crucial time.

However, followers of the Raees actress were not satisfied with her apologetic statement!

#MahiraKhan do NOT pretend 2 b concerned about social issues plaguing #Pakistan when u wouldn't bother playing ur ONLY role in solving them. Incompetent governance is part of why our society is fucked up and not voting essentially means helping choose a shit govt#Elections2018

I love mahira khan but tbfh, the respect went down a little too much now https://t.co/PwZVJtZviA

Makeup artist @omayrwaqar voiced his concern about the #humawards happening in Toronto this year.🏆 He said he’s never scared to say the truth and being in the same industry, he knows how the dates are changed and sometimes postponed or even cancelled. 🚫 He believes it was the time for the most influential people aka the celebrities of Pakistan to support their people and their country instead of flying out for the award function. ‼️ He also appreciated all the people who came out in this heat and stood in long queues to cast their votes. ✌🏼 #omayrwaqar #boycotthumawards #yaysnays #instastorygames #celebrity

Whatever we all say about the “Hocanes” they at least had the decency to vote before leaving, unlike Pakistan’s Sweetheart Mahira Khan 🤷🏻‍♀️

Joining the rest, Faysal Qureshi’s daughter too took to Facebook and slammed Mahira Khan in an angry post!

Claiming that while Khan was part of the election campaign that encouraged Pakistani’s to vote, Hanish roasted the Humsafar haseena for being away on the Election day.

And the internet clearly agreed with her!

Well, Hanish had a point! Mahira Khan was recently spotted in a campaign for a popular coffee brand, in which she formed her own party and encouraged people to vote!

Despite the ad being a chai vs coffee battle, it gave the message that it’s just not enough to talk about change! In order to create a revolution, one needs to rise and make a new world order possible.