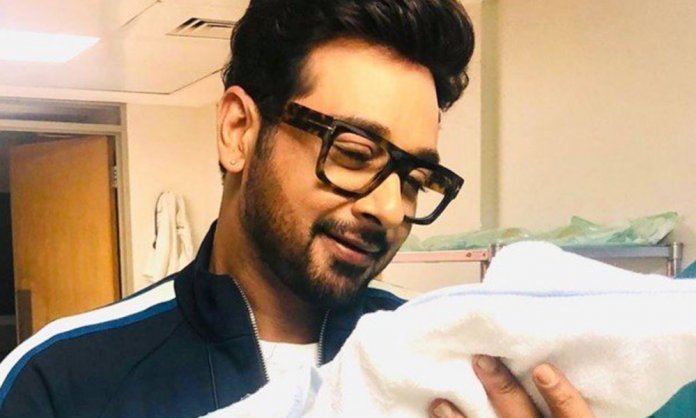 Faysal Qureshi took it to his Instagram on Sunday and announced the birth of his baby boy, Farmaan Quraishi with wife Sana.

He uploaded a picture on Instagram of him holding his son and captioned the picture, “Welcome master FARMAAN QURAISHI aka #FQ and need your prayers and love he is new in the world.”

Thousands of fans poured immense amount of love for the newly born baby and congratulated the parents.

Many wished the newly born, Farmaan with a healthy and prosperous life.

The couple already has a baby girl together, Aayat.

Faysal Quraishi tied the knot with Sana back in the year 2010. The couple has been married for 10 years now.

Quraishi has more than 20 years of experience under his belt. He has become one of the highest-paid television personalities in Pakistan.

His characters from Meri Zaat Zarra-e-Baynishaan, Main Abdul Qadir hoon, and Bashar-e-Momin from the ’90s and after are greatly rejoiced.

Reportedly, Faysal Quraishi is working on his upcoming venture, Sorry. He’s planning to return back to the silver screen with the film.

His recent work, The Window directed by Ammar Lasani has recently been wrapped up. The film was co-written by Kanza Zia and Randy Zuniga.