Pakistani heartthrob Fawad Khan has made waves across the world with all that he does. From his flawless acting and powerhouse performances to his appearances for commercials, he does it all with absolute ease and utter class!

For a while now, Pakistan has been eagerly waiting for his ‘The Legend of Maula Jatt‘ to hit the silver screens.

Nonetheless, Khan has set a milestone for upcoming actors who wish to dominate the entertainment industry one day as he has.

It’s not just Pakistan that is head-over-heels over Khan; he has a following all around the world, including India, after delivering hits like ‘Kapoor & Sons‘ and ‘Ae Dil Hai Mushkil.’

However, recently there seems to be a new feather added to Fawad Khan’s cap of ongoing achievements!

The Khoobsurat Khan has made it to the 100 Most Handsome Faces of 2020.

Well, you can’t say no to this face, can you?

The superstar was nominated by an independent critics list, TC Candler.

@tccandler an independent critics list recently revealed the candidates for ‘The 100 Most Handsome Faces of 2020’. After 2017 and 2018, #FawadKhan is once again a part of it. The list includes world famous personalities such as #KeanuReeves, #DanielRadcliff, #JasonMomoa, and #ZaynMalik to name a few. PC: Gulf News & TC Candler

This is not the first time Khan has made it to the list. He previously cut in 2017 as well as 2018. Moreover, Pakistani actor Imran Abbas has also been featured on this list as well.

From his days in EP to ‘Ashar’ in Humsafar, Khan has come a long way; with that killer smile, there is hardly anyone that could resist his charm. He has previously made it to the sexiest men in the world too! 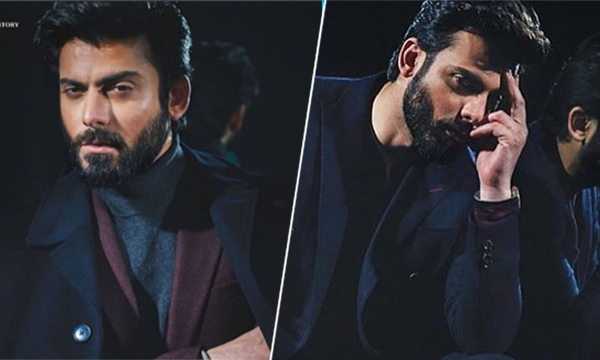 We are rooting for our very own Khan to win this award.

The yearly internet critics list has been in the works since 1990 and has is recognized the world over by international artists that have been featured on it over the years.

Fawad Khan – The Begining of a Legacy

Fawad Afzal Khan, aka Fawad Khan, began his acting career on the television sitcom, ‘Jutt and Bond.’ He then formed an alternative rock band called ‘Entity Paradigm’ (EP) with the show’s co-stars and began his music career as its lead singer.

EP made it to the finale of Pepsi Battle of the Bands Season 1. Khan debuted his first album in 2003 titled Irtiqa. He then made his entry in the world of movies with a supporting role in Shoaib Mansoor’s sociodrama, ‘Khuda Kay Liye’ in 2007 – one of Pakistan’s highest-grossing film!

Do you think Fawad Khan will become the coveted winner for the most handsome face of the year? Let us know in the comments below.