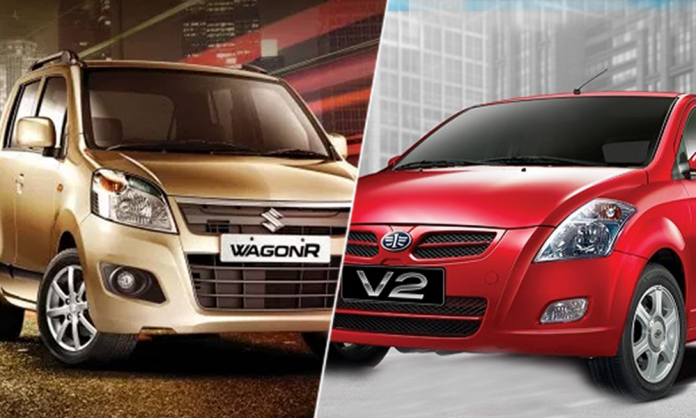 Social media is an amazing platform where top brands are always neck-to-neck giving their rivals a hard time to get ahead. Recently, we saw a surprising move pulled by FAW Apollo Motors, a Facebook page.

Apollo Motors is the company which deals in selling vehicles by FAW, a Chinese automotive brand. The Facebook page posted a picture of the Suzuki Wagon R and FAW V2 and did a comparison of both, claiming the V2 was better! Syed Ahsan Hussain Zaidi shared this image on Khalid Alvi Facebook page, a famous page where media and marketing are openly discussed. The active members of the forum gave their two-cent on this marketing stunt.

However, before we get down to a final conclusion, here’s a breakdown of the cars to help you have a better understanding.

Let’s take a look at the specifications for Wagon R first. Here’s what members of Khalid Alvi had to say; If we compare the prices and specifications and features. we can see that both are tough competitors. However, the public vote is in favor of the Chinese manufacturer FAW for their V2.

Which car is the winner according to you?