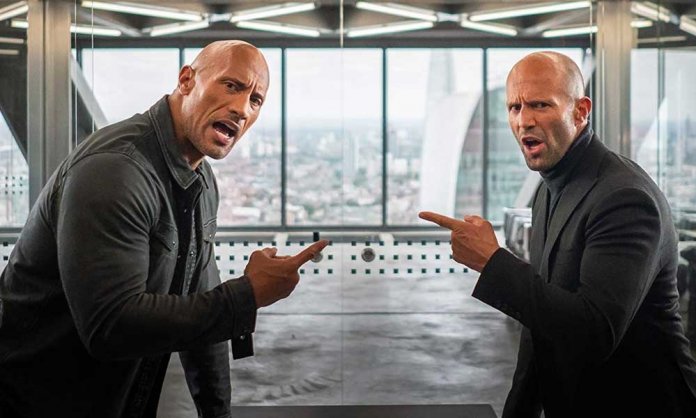 Fast and Furious franchise had always been about how outlaws and detectives are not so different when it comes to family and obviously, cars!

From the very first installment, nothing mattered more, not even the heist they would have to do.

It was always about the ‘how’; how to perform the heist spectacularly with the cars they could make, the nitro fuel engines, the ability to drive any car they could lay their hands on; and then later in the series, how to use tanks to destroy helicopters.

When a spinoff with Hobbs, part of the Secret Service, and Shaw, a lawless outcast was announced, as a loyal Fast & Furious fan who even cried at ‘It’s been a long day without you my friend’ (the last ever scene with Paul Walker) I was jumping up and down in excitement.

The day finally came when I got to watch the movie. With quirky dialogues, all conversations between Hobbs and Shaw that felt like sibling rivalry, I was laughing with tears in my eyes in the entire duration of the movie. For just making me laugh during my depressive episode, I would give the movie a 9-star rating.

Or it could be the fact that it accurately portrayed how men just are little children fighting for the alpha-male title while it is the women who are more sensible and have to remind them to keep the eye on the prize because the fate of the world just might be in jeopardy.

But I cannot do that.

I cannot do that because it was not some random action movie. No, the name that it comes with has a significant value attached to it. Fast and Furious is not just a franchise, it’s a universe. It is about cars and family. But this movie was unintelligently forced into the universe.

This movie felt like a little bit of ‘transporter’, a tad bit ‘terminator’, and very ‘Mission Impossible’, what it did not feel like was ‘ Fast and Furious’.

It lacked the value of cars. They only showed one garage where Shaw kept all his vehicles or in the last part where Hobbs takes the war to his hometown who were making cars from scratch.

Oh yes, they did bring down an aircraft with cars, so there is that!

So with vulgar jokes, alpha-male bickering, some cars, I would rate the movie a 4 on 10. Sorry, Rock-Statham but you just couldn’t live up to the Diesel-Walker duo.

No wonder that when we exited, I couldn’t stop myself from asking: Did I really watch Fast & Furious?