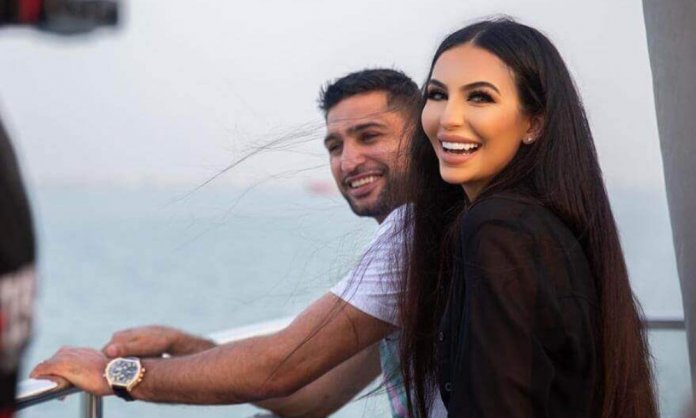 Faryal Makhdoom Gets Trolled After Announcing Her Reality Show!

Beauty queen Faryal Makhdoom and the famous boxing champion Amir Khan have always enjoyed being in the limelight. Faryal Makhdoom’s recent post on Instagram has put the couple under the spotlight, yet again!

Born in Brooklyn, Faryal is a well-known influencer and YouTuber. She has been a prominent internet personality and a model. She’s also the CEO of her own line of cosmetics. On the other hand, Amir Khan, her husband, is a great boxer who has won numerous awards in the field. The two stars got married on 31 May 2013 and are now parents of three adorable children: Muhammad Zaviyar Khan, Alayna Khan, and Lamaisah Khan.

In the past, the couple has been a victim of a lot of controversies that revolved around their personal lives, and we are afraid that Faryal’s recent post on Instagram might stir up controversy once again.

In her recent post on Instagram, Faryal announced her new reality TV series, “Meet The Khans,” that is to be aired next year, in 2021. Putting up a picture of herself with her husband, Faryal wrote:

Excited to know the reaction of her followers and fan, Faryal Makhdoom further added:

About “Meet The Khans”

Reportedly, the reality series “Meet The Khans” will document the family life, careers, and all the challenges (related to their personal and professional lives) that the couple encounters. According to reports, the documentary will also feature Faryal’s children. Giving an insight into the celebrity couple’s life, the documentary will provide an opportunity for all the fans to observe their favorite couple up close.

Faryal Makhdoom Gets Trolled After Announcing Her Reality Show!

Faryal received love from across the globe, and many people wished her luck.

However, apart from all the appreciation that Faryal Makhdoom and Boxer Husband Amir Khan received from fans, a lot of people started trolling the couple brutally in the comment section. We are pretty sure that Faryal and Amir would not have expected such off-putting comments while announcing their upcoming TV show on Instagram.

Some even tried to troll Faryal for attempting to copy the Kardashians through this documentary:

However, the hate did not let the Famous Influencer down, and she came up with an equally brutal response:

Faryal’s response to the hater reflects how celebrities and showbiz personalities, sooner or later, get immune to the occasional hate and criticism that they receive.

Anyhow, are you ready to watch this controversial couple share the screen in their new BBC Three documentary “Meet The Khans”? Do you think that the documentary is a replica of the famous American reality TV series “Keeping Up with the Kardashians”?  Let us know in the comment section below.