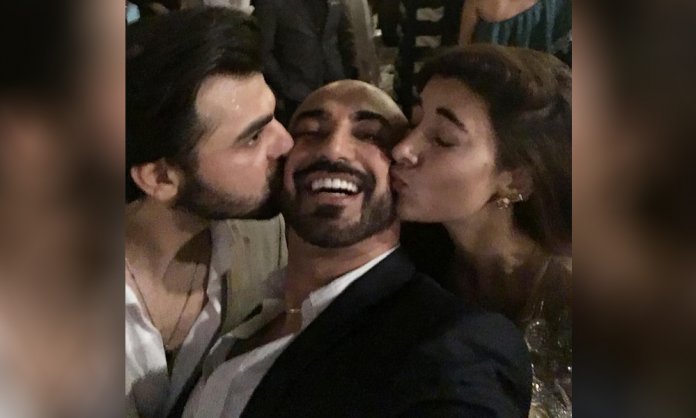 From a grand wedding, electrifying chemistry to their sizzling photo shoots, they are able to rock it all. While the celebrity pair is ultimate #Couplegoals, the internet is simply obsessed with trolling #Urhan!

Remember their Dolce Vita photoshoot that went viral and became the butt of all jokes? 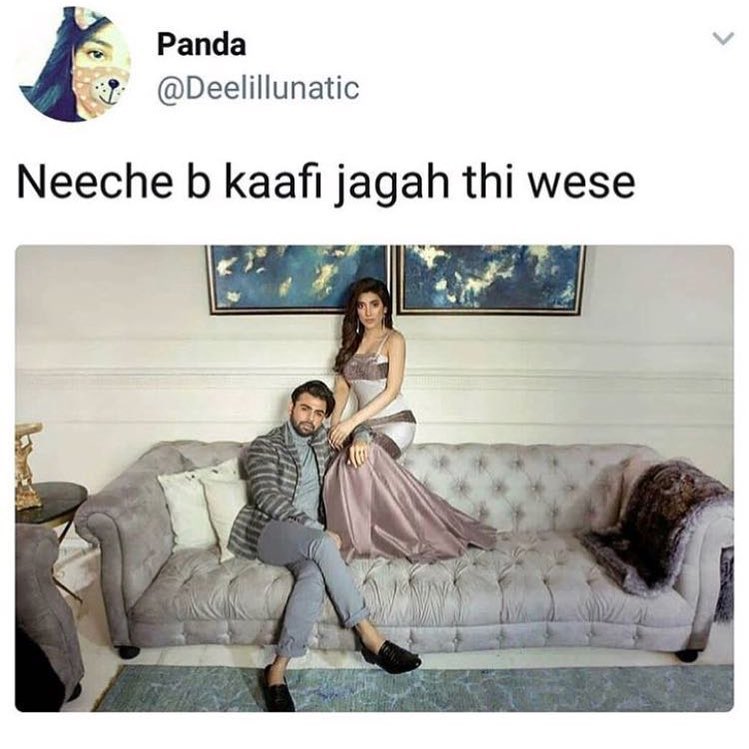 Well, social media is after them again after the latest selfie of the duo with HSY hit the internet!

At first glance, nothing really seems wrong with the photo! Just three friends having a laugh with HSY posing as if he is photobombing a very romantic capture, right?

Until a savage troll made the world realized this hilarious thing!

Apparently, poor Farhan Saeed just could not fake the moment!

His hilarious expressions have now given social media the perfect new meme!

So what really was Farhan thinking?

Or was he just not in the mood for a picture? #ROFL

Guess we will never find out!