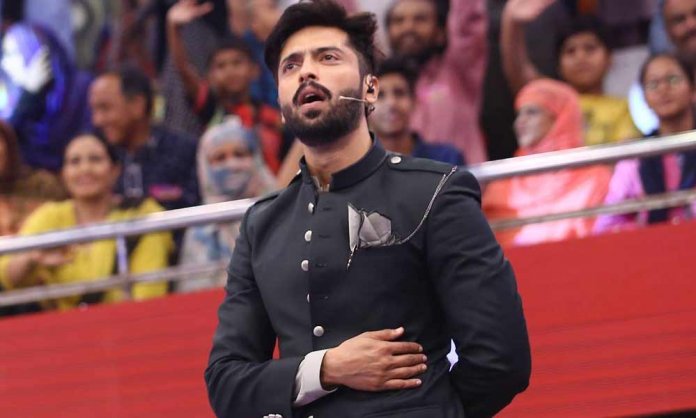 The actor and TV host Fahad Mustafa has been creating waves with his gameshow Jeeto Pakistan and making it big in the entertainment industry.

The ‘Jawani Phir Nahi Ani 2 actor’ has now become a household name because of his stellar hosting skills in Jeeto Pakistan.

Recently, the actor appeared in an interview with former actress Shaista Lodhi where he talked about tough times in his career and revealed many of his little secrets.

We must admit that the interview totally left the audience glued to their seats.

During his interview, Fahad Mustafa said that his super-hit show ‘Jeeto Pakistan’ was the turning point in his career which was actually a copy of Amir Liaquat’s game show.

I got fame overnight and this happened when I thought my career has ended.

He added about Jeeto Pakistan:

Jeeto Pakistan was offered to me and I wondered what they are making me do. It was supposed to be a replica show.

And we were supposed to copy a game show as it is like our favorite used to do. One day I got angry and said that this has to end

However, he realized his fault and was quick to rectify it.

But the problem was that I was copying him, a lot of people used to criticize me. This rebellious attitude in me put an end to it. So I went out and performed the way I am and that clicked. I stop listening to people and stopped pretending.

The former actress Shaista Lodhi also asked Fahad Mustafa the reason behind not having any scandal in the entertainment industry to which he replied:

Almost every other actress in our industry has worked with me. I am not very good with women in a way that I cannot interact with them a lot.

Moreover, the actor also revealed that he was about to be the part of Mahira Khan’s upcoming movie ‘Superstar’ but he wouldn’t because of some reasons.