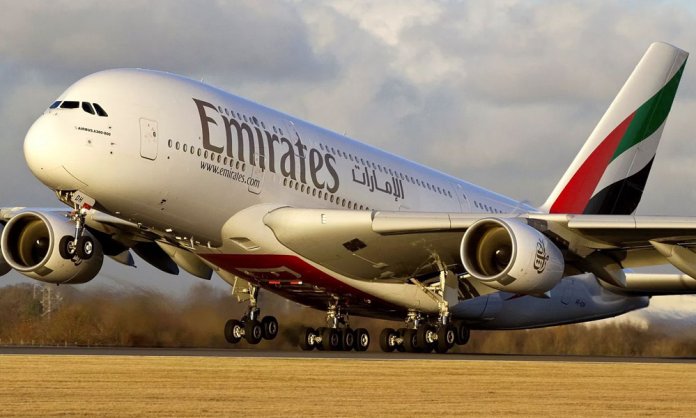 The Dubai flagship carrier posted a 124 percent increase in net profit to $762 million (644 million euros) in the fiscal year ending in March.

“We benefitted from a healthy recovery in the global air cargo industry, as well as the relative strengthening of key currencies against the US dollar,” said chairman and CEO Sheikh Ahmed bin Saeed al-Maktoum.

He said the positive results came despite tough business conditions in the last fiscal year due to political instability, currency volatility and devaluations in Africa, and rising oil prices.

The company said profits were also boosted by the lay-off of some 3,000 employees.

The announcement came a few months after the airline struck multi-billion dollar deals with Boeing and Airbus to buy dozens of long-haul jets.

Emirates concluded two significant deals for new aircraft — a $15.1 billion purchase of 40 Boeing 787-10 Dreamliners and a $16 billion agreement for 36 A380 superjumbo jets, including an option for 16 more.

Emirates, which operates a fleet of 268 aircraft, had blamed fierce competition, currency devaluations and US travel restrictions for the 82.5 percent plunge in its profits the previous fiscal year.

The airline is the world’s largest operator of Boeing 777 and A380 aircraft.