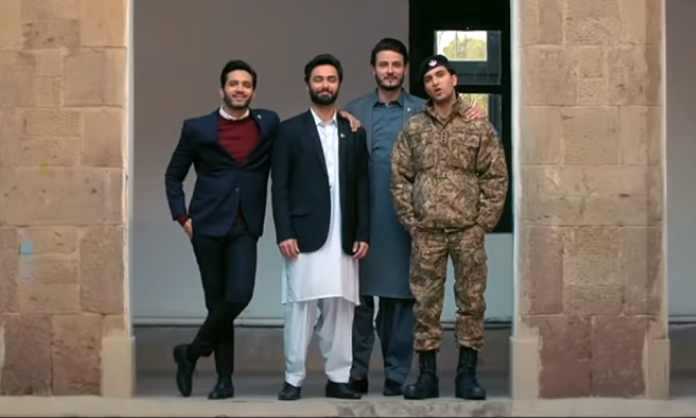 Pakistani drama, Ehd-e-Wafa came to an end yesterday and the public is not ready to get over it yet! The journey of four friends from different backgrounds through college-life to grown-up adults was a treat to watch and a much-needed breather from the average seas-bahu sagas on our screens.

The bumper episode aired last night and the heart-wrenching finale was trending across social media with Twitterati sharing their views!

We were reminded about the bravery of our men in uniforms at the border, to the numerous sacrifices they make for the nation.

All the fauji mothers have watched this drama with teary eyes and so did my mom ❤️can’t get enough of this scene. #Ehd_e_wafa#Saad pic.twitter.com/jyWVazODcD

The heart-breaking realities faced by martyred families was reflected in Ehd-e-Wafa!

When dua was crying for Saad i was feeling the pain of all martyed familes 💔 #EhdEWafa pic.twitter.com/R2TDUoFOQj

A soldier don’t fights alone, there is a family behind him who supports him
A mother who gives her son to country

A father who gives his “resort to old age”to country

A sister who gives her partner to country
Don’t allow anyone to separate hatred against our soldiers#EhdEWafa pic.twitter.com/oigj7DNKP1

We all want true friendships like these in our lives!

Friends are the family you choose, so choose wisely😇

This scene had us all going AWWWW!

We loved this comical representation during an otherwise emotional rollercoaster episode!

True representation of what we felt while watching Ehd-e-Wafa last night!

Haha, do you agree?

Special appreciation to the drama writers for showing women in a strong, positive light. True women empowerment was portrayed through them.

Be like these four ladies strong and ambitious #Ehd_e_wafa # pic.twitter.com/NSYoH45JDP

Pretty sure the entire Pakistani population watching the episode was ecstatic to have a happy ending after watching Ahad Raza Mir fighting for his life.