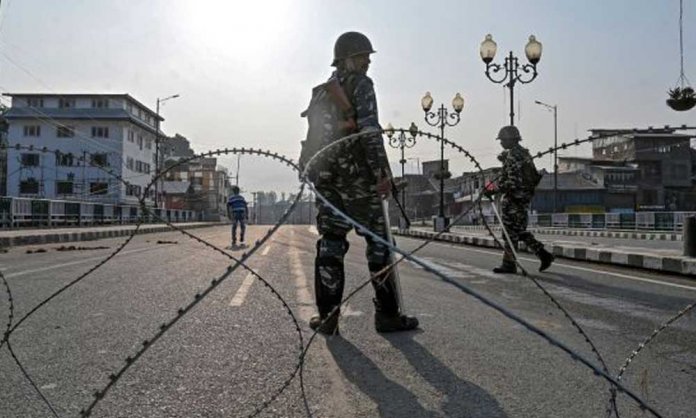 Tensions between India and Pakistan have highly escalated in the last few days.

What this translates to is that Kashmir will now no longer have a separate constitution but will have to adhere by the Indian constitution much like any other state. Pakistan Independence Day was observed in solidarity with the brave Kashmiris and their fight for their rights, while 15th August, the Indian Independence Day was observed as a Black Day.

The situation got worse as the Indian government assigned thousands of additional troops to the disputed region, forced a curfew, shut down telecommunications and internet, and arrested political leaders.

The people of occupied Kashmir faced a shortage of food and medicine and were unable to reach hospitals due to curfew.

Here are some socio-economic effects of increasing tensions between India and Pakistan following the Kashmir issue:

The Pakistan Electronic Media Regulatory Authority (Pemra) has prohibited the broadcast of advertisements produced in India and those featuring Indian actors and characters.

PEMRA in an official statement said that the “appearance of Indian characters on Pakistani TV screens aggravates miseries of Pakistanis who are perturbed over Indian atrocities on Kashmiri brethren.”

The whole nation should boycott the all Indian products. It is call of the day.

The official text also stated that the ban on airing Indian advertisements would prevail till the time such advertisements are replaced by the those produced in Pakistan and starring Pakistani talent and actors.

2. Indian High Commissioner in Pakistan Sent back to India

Pakistan has decreased diplomatic relations with India and also suspended bilateral trade with it.

The general public also seems to be supporting this decision:

I am MKSW and i am proud to be a #Pakistani 💚🇵🇰🇵🇰 and i Boycott indian products for my Occupied Kashmir.#BoycottIndianProducts pic.twitter.com/gcCZmeJcuu

#BoycottIndianProducts
As Pakistani, It is our responsibility to completely boycott of Indian products for expressing solidarity with our Kashmiri brothers pic.twitter.com/TJJgj8nipD

It is time to unite against Indian State Terrorism#BoycottIndianProducts pic.twitter.com/l3ZpgUs6rX

Local superstore, Imtiaz Super Market has also pulled all Indian products from their shelves including clothes, spices, etc. Pakistanis will no longer find labels reading ‘Made in India’ at Imtiaz.

The supermarket shared a complete blog when taking this decision titled as ‘Imtiaz Super Market – The constant supporter and contributor to the cause of Human Rights!’

4. A “Complete Closure” of Airspace to India

Minister for Science and Technology Fawad Chaudhry earlier announced that the federal cabinet was thinking of applying a complete ban on the use of Pakistani airspace for Indian flights.

He also suggested a complete ban on Indian trade to Afghanistan through Pakistan land routes.

PM is considering a complete closure of Air Space to India, a complete ban on use of Pakistan Land routes for Indian trade to Afghanistan was also suggested in cabinet meeting,legal formalities for these decisions are under consideration… #Modi has started we ll finish!

What are your thoughts regarding the ongoing tension? Comment and let us know.