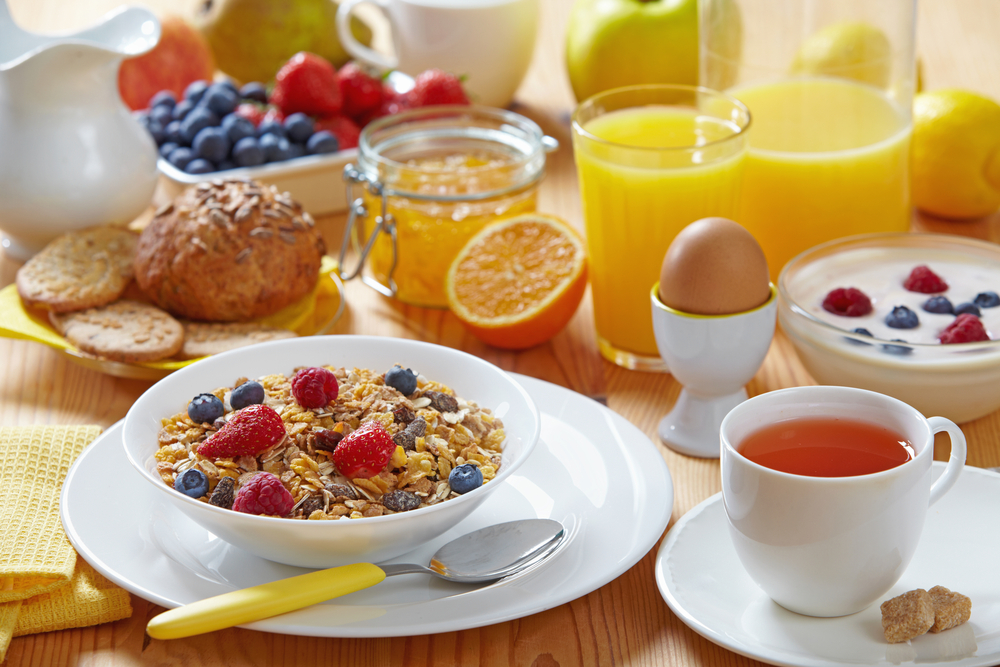 A new study published in the American Journal of Clinical Nutrition has found that eating breakfast could help obese people improve their health by prompting them to become more active.

The study, carried out by researchers at the University of Bath, UK, looked at a possible link between breakfast, body weight, and health and builds on previous research as part of the three-year BBSRC-funded’ Bath Breakfast Project’.

In this new study, researchers from the University’s Department for Health split 23 participants aged 21- 60 into two groups, ‘breakfasting’ and ‘fasting’.

The researchers asked the breakfasting group to eat at least 700 calories by 11 am for six weeks. The group could choose whatever they wanted to eat, but the first half of the calories had to be consumed within two hours of the participant waking up.

The fasting group, however, could not consume anything except water until at least midday. The team found that during the day both groups consumed a similar amount of calories overall, with those who fasted compensating for the lack of morning calories by eating more later in the day, whereas the breakfasting group ate less; however, the team also found that the breakfasting groups participated in more physical activity in the mornings.

As increasing levels of physical activity is a crucial way to improve health, the team believe their results could be significant for increasing exercise levels in sedentary individuals.

Commenting on the findings, lead researcher Dr. James Betts said that despite the program’s studies showing the possible health effects of eating breakfast,” ‘how important’ breakfast is still really depends on the individual and their own personal goals. For example, if weight loss is the key there is little to suggest that just having breakfast or skipping it will matter. However, based on other markers of a healthy lifestyle, like being more active or controlling blood sugar levels, then there’s evidence that breakfast may help.”

Lead author on the study, Dr. Enhad Chowdhury, also cautioned that “It is important to bear in mind that not everybody responds in the same way to breakfast and that not all breakfasts are equal. The effects of a sugary cereal compared to a high protein breakfast are likely to be quite different.”

As the participants in this study were allowed to choose their breakfasts, the team now wants to research further the effects of different breakfasts, which they hope will provide them with more information to make recommendations about what types of breakfast could be best for health.