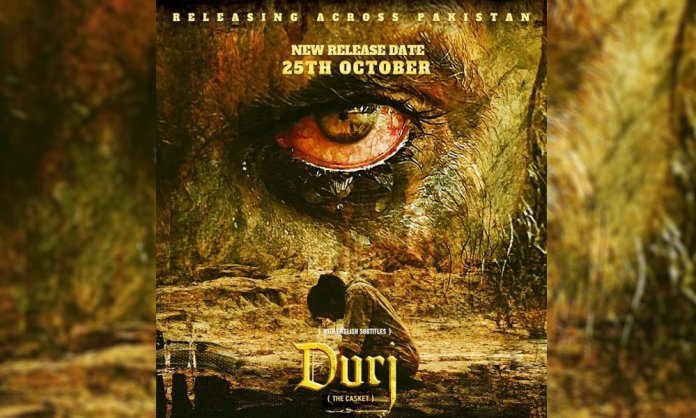 Shamoon Abbasi’s film Durj will finally be released in Pakistan today as it has now received a clearance from a full board review of the Central Board of Film Censors.

The Durj team shared the news on Facebook and acknowledged the censor board for its “immense cooperation in the matter and for making #DURJ accessible to the people of Pakistan”.

According to statements, the members of CBFC had a problem with the story of this film which talks about cannibalism.

They rejected it stating, that it will portray a negative image of Pakistan.

Shamoon filed an appeal to the chairman CBFC, Danial Gilani, requesting him for a second viewing of his film.

“If there is any issue in the film #DURJ it should be pointed out and we will delete what is concerning for the censor board, Banning the film completely seems like a personal vendetta against #DURJ,” the actor and producer shared on social media.

“Just because the film was reaching to a new high in Pakistan, it shouldn’t be simply banned,” he further added.

Shamoon Abbasi took to Twitter to thank fans, censor board chairman Danyal Gilani and all the people for granting support for his film.

And here it is!

Thank you Mr. Danyal Gilani for going out of the way and let #DURJ be released in Pakistan.
Tariq Khan bhai it would have not been possible without your guidance and brotherly support
And finally all the people fans, friends that have been there #DURJgoesgreen

“Durj ban had been lifted by the federal censor board and we are thankful to Danyal Gilani sahab for being there to help us in the process,” he wrote.

However, some of the really explicit scenes have been removed for obvious reasons.

The film has already been released worldwide and it also premiered at the 72nd edition of the Cannes Film Festival.