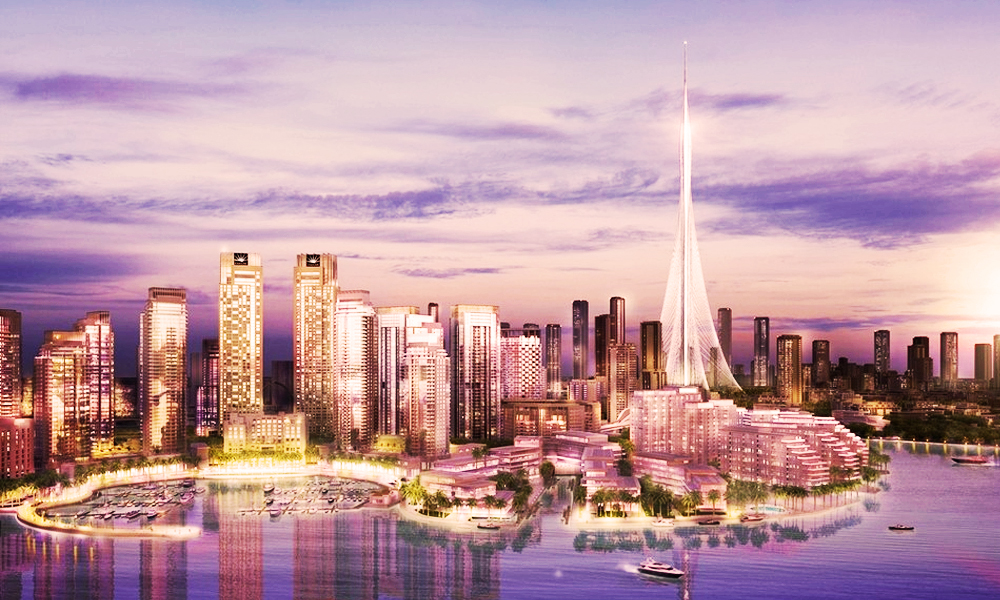 The viewing tower will cost around $1 billion (880 million euros) and will be “a notch” taller than Burj Khalifa, Emaar chairman Mohamed Alabbar told reporters as he revealed details of the project.

But he said that the final height will be announced upon completion, adding that his company would like to present the tower as a “gift to the city before 2020,” the year Dubai hosts the world Expo trading fair. Designed by Spanish-Swiss architect Santiago Calatrava Valls, the tower will have observation decks, in addition to 18 to 20 mixed-use floors that will host restaurants and a boutique hotel, Alabbar said.

Alabbar described the new structure as an “elegant monument” which would add value to the property being developed by the company along the city’s creek.

“Many would like to have a view” when considering buying a property, he said.

The tower will be slender, evoking the image of a minaret, and will be anchored to the ground with sturdy cables, Emaar said.

Dubai has established a reputation for building dozens of futuristic skyscrapers, which have transformed its skyline.

Saudi Arabia’s Kingdom Holding is building a tower in Jeddah that is planned to surpass Burj Khalifa, rising more than a kilometre.