Dr. Aamir Liaquat Hussian, Minister of State for Religious Affairs, reportedly hinted at giving his resignation during a live transmission on GTV. The Youtube clip of his interview is making rounds on social media.

Aamir Liaquat Hussain joined Pakistan Tehreek-e-Insaf back in March 2018. He was re-elected to the National Assembly as a candidate of PTI from Constituency NA-245 (Karachi East) in the 2018 Pakistan general election.

Earlier, Dr. Aamir Liaquat was under the limelight for his second marriage and his daughter’s uproar regarding it on twitter. 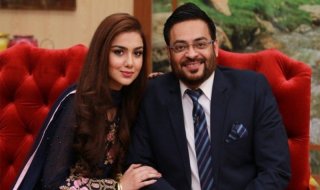 His political career is already considered a joke by many. He was trolled greatly on social media after his re-election. Good thing if he resigns!