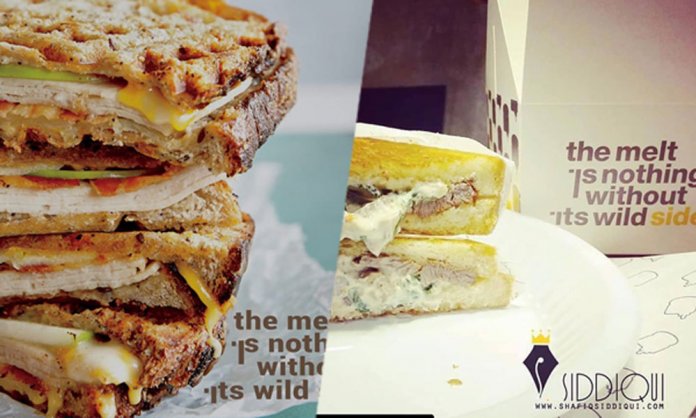 Sandwiches were named after John Montagu, 4th Earl of Sandwich, an eighteenth-century English aristocrat who ordered his valet to bring him meat tucked between two pieces of bread for convenience.

Very soon, others began to order “the same as Sandwich!” and it became a popular snack, even main course item at eateries all around the world.

Pakistan was also quick to hop on the sandwagon, if we may say so. From children’s favorite lunch to one of the most common item ordered during dates and friends’ hangouts, sandwiches are consumed quite a lot.

The above is a repost by Slamwich of a food review written by a blogger.

Now take a look at the below:

Chaaye Ghar has even copied the inpost text, word to word. Even the font is the same: the melt is nothing without its wild side.

OK, at least they were original with the hashtags. We’ll give them that.

Have you tried the sandwiches by Chaaye Ghar? We wonder if they also taste the same as that of Slamwich’s!