The big day has arrived! The Hawkins, Indiana crew has reunited after a three-year sabbatical and one worldwide epidemic. Stranger Things Season 4 arrived with a bang, delivering audiences plenty of horror and suspense. It’s something the fans hadn’t seen in the previous three seasons, and to put it lightly, it left them surprised and not in a positive sense.

I have my own little analogy/review for how I felt about season 4. For me, it was like a long movie. Season 4 was the longest edition of the show’s history. It is five hours longer than previous seasons, yet the Duffer brothers (show’s directors and writers) were still unable to conclude the season, which is why Volume 2 will be released in July. 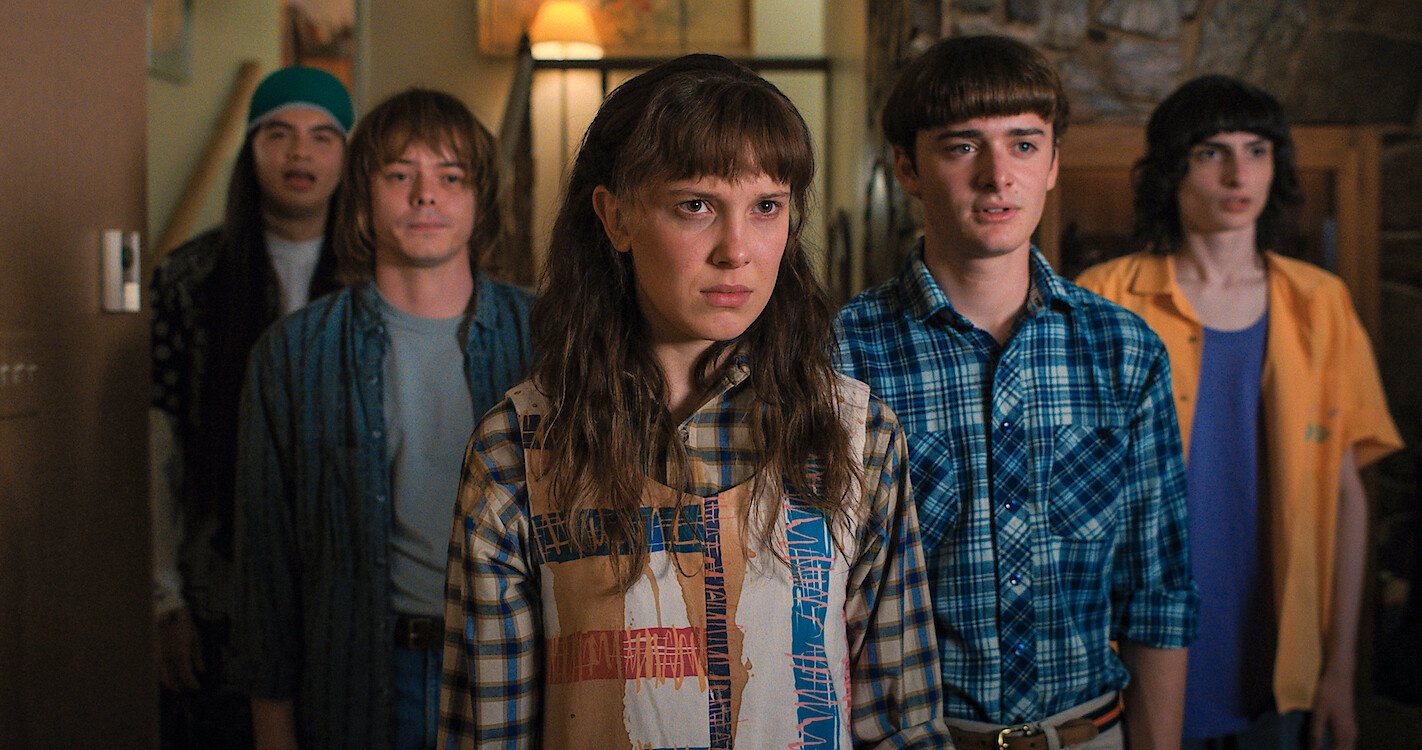 This season seems to lean more toward horror than suspense. Concepts from The Exorcist and Nightmare on Elm Street were used. The show evolved from a children’s thriller to an intense PG-rated one.

Another noticeable difference is the characters’ aging. Stranger Things Season 3 was released three years ago, yet according to the show, only six months have elapsed. The actors, on the other hand, appear significantly older. This astounded the audience since the youngsters (Lucas, Mike, Dustin, Will, Eleven, and Max) suddenly appear to be teens.

While the narrative of Season 4 is terrific and constantly keeps you on your toes, there are instances when it feels like too much is occurring at once. Four separate storylines are being told simultaneously, and while they are all well depicted, you may become confused at moments.

This season features a number of locations. Everything happened in Hawkins in past seasons, however, this time problems exist in new regions. Joyce and Murray have travelled to Alaska in order to free Hopper from Russian custody. While the rest of the group is still in Hawkins, Mike, Will, and Johnathan are trapped in California. Eleven is also being experimented on at a faraway location.

It might be perplexing because all the characters aren’t in the same spot. You don’t know if everything is happening at the same moment. Usually, they begin with one tale but leave it at a cliffhanger to continue with the other stories. This leaves you confused because when they return to the first tale, it’s generally in the following episode.

Surprisingly, at the conclusion of episode 7, this all begins to make sense. All of the storylines merge into one. The hours of perplexity begin to make sense.

Is it, however, worthwhile? It was for me. I enjoyed the buildup, but I know many of the spectators did not. The programme might have easily stopped after season 3, but the creators opted to keep it running until season 5 to finish the tale.

Season 4’s second volume will be released in July. We’ll see the characters reunite (hopefully) and decide whether season 4 is actually a binge-worthy programme.

What are your thoughts about Stranger Things season 4? Let us know in the comments below.