A twitter user accused Walt Disney of stealing from Mama Coco. Later, other users joined in the thread to bring forward problematic facts regarding the multimillion-dollar company.

Since mama coco is trending can we talk about how she is a real human that Disney stole from and lied to promising to help her and her family but never actually did pic.twitter.com/7PGrb0GJlP

Another user thought that there was another breach of copyright 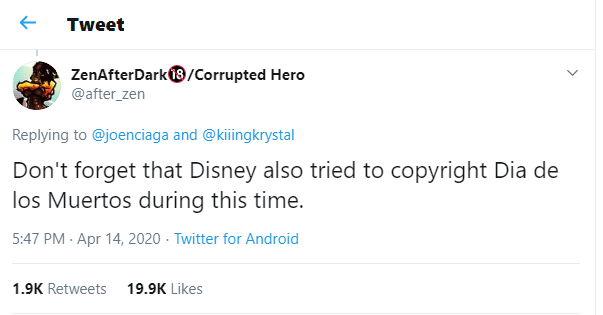 Director, Lee Unkrich confirmed the character of mama coco was not based on just one person 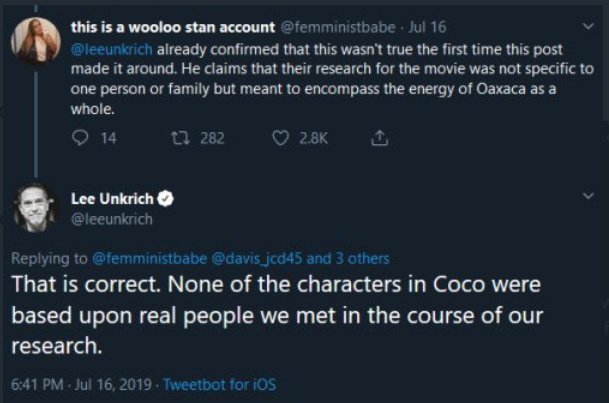 Others were rather sarcastic!

Due to coronavirus, the largest single-site employer, Walt Disney World in Orlando, Florida has reached an agreement with workers unions that it will furlough 43,000 workers in the following week.

The furlough begins in April, most likely from the 19th reports Forbes. However, the workers that will be gone will be able to keep their insurance benefits for the furlough up to a year.