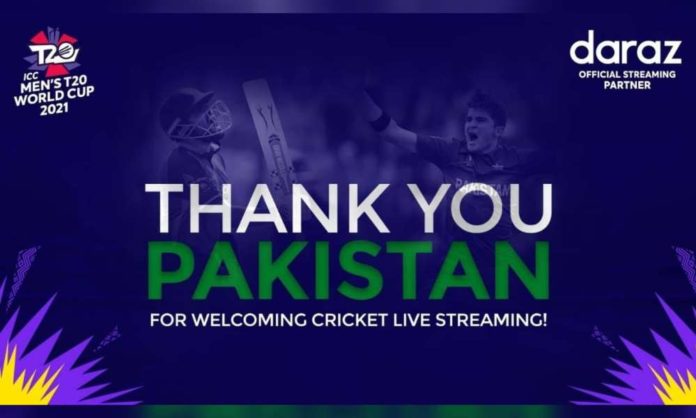 Nothing quite beats the excitement of the T20 World Cup, especially when it comes to one of cricket’s greatest rivalries. Yes, we’re talking about the historical Pakistan versus India match that won hearts of millions of Pakistani cricket fans this Sunday. As with any event these days, the match was marked by a flood of memes and commentary on social media but this time there was another star front and center of the tournament – Daraz.

If you thought Pakistan winning the match with 10 wickets to spare was bold; so too was the decision by the e-commerce giant infamously known online for sarcastic memes to take an unprecedented step into the world of livestreaming ahead of the T20 world cup by securing exclusive digital streaming rights to the tournament. Daraz promised its users a hassle free, smooth live streaming experience completely free of cost on their app. 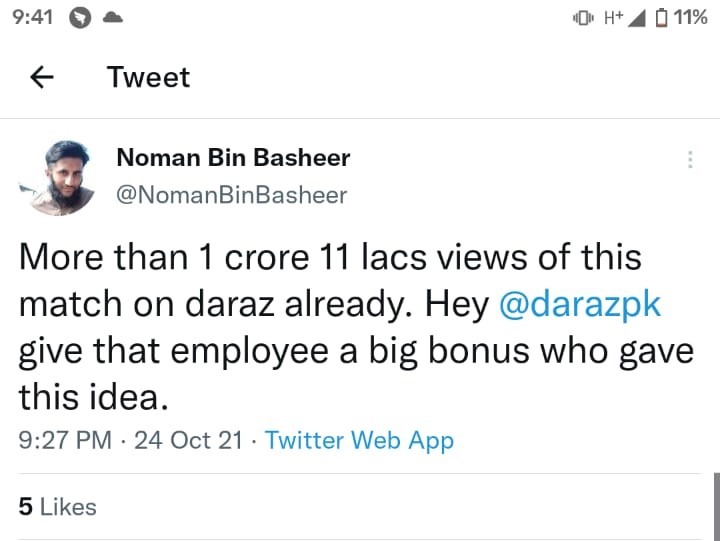 It wasn’t long before people began to appreciate the idea of taking one of the largest digital platforms in Pakistan and turning it into an entertainment hub for arguably the biggest sporting event of the year. 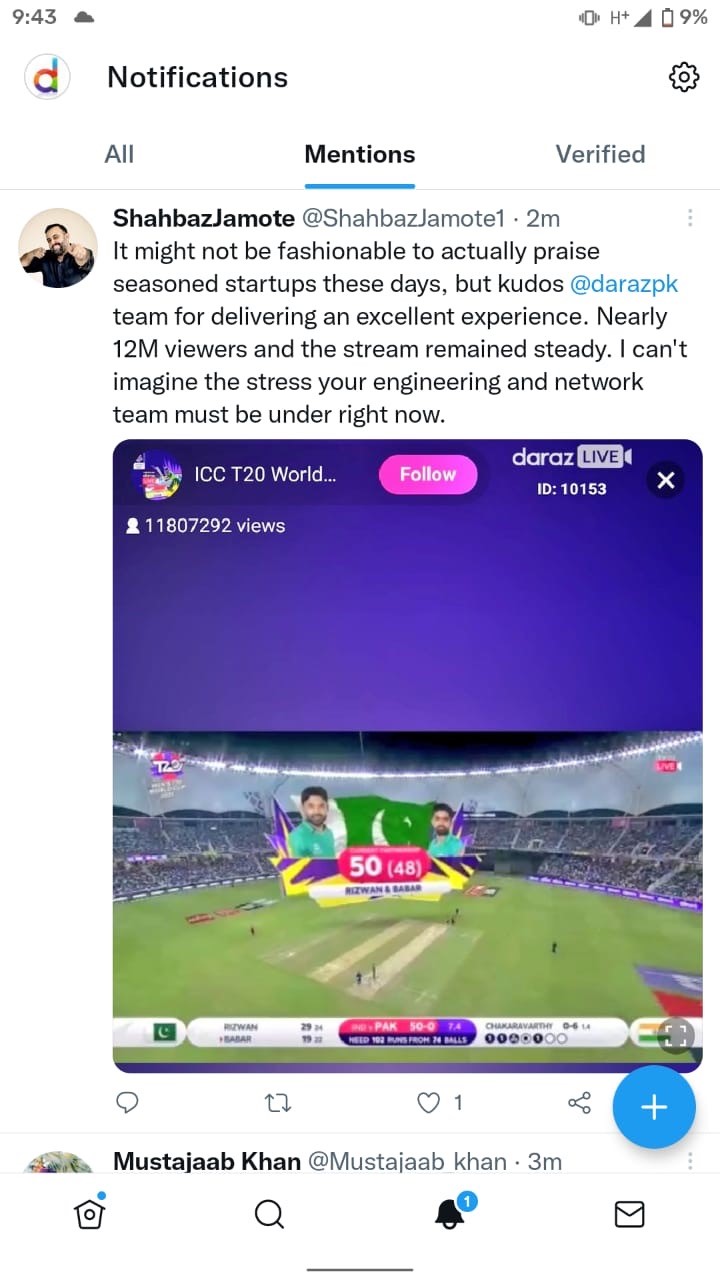 Some users even expressed the hope that Daraz would continue the trend of live streaming sports and venture into other tournaments the likes of FIFA and club football. While we’re a fan of dreaming big – it might be a little too soon to dream that big.

Others still highlighted the need for other platforms to step up and join the game.

Although Daraz had advertisements playing across social platforms ahead of the tournament promoting their Daraz Live feature, the ball really started rolling when word-of-mouth started to spread during the peak hours of the Pak vs India match. 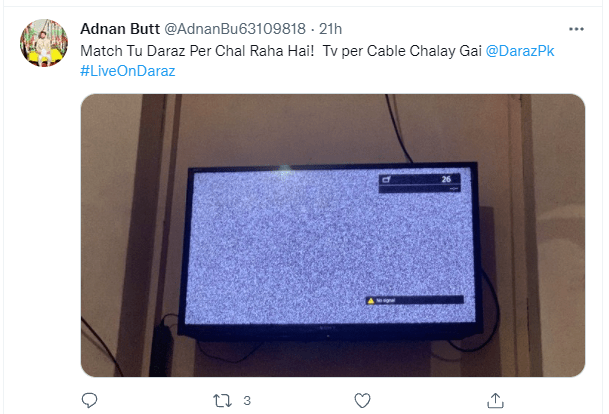 …others came together in their mohallay to enjoy watching the live stream on larger screens via screen-mirroring. Because everyone knows matches are always better enjoyed shouting together. 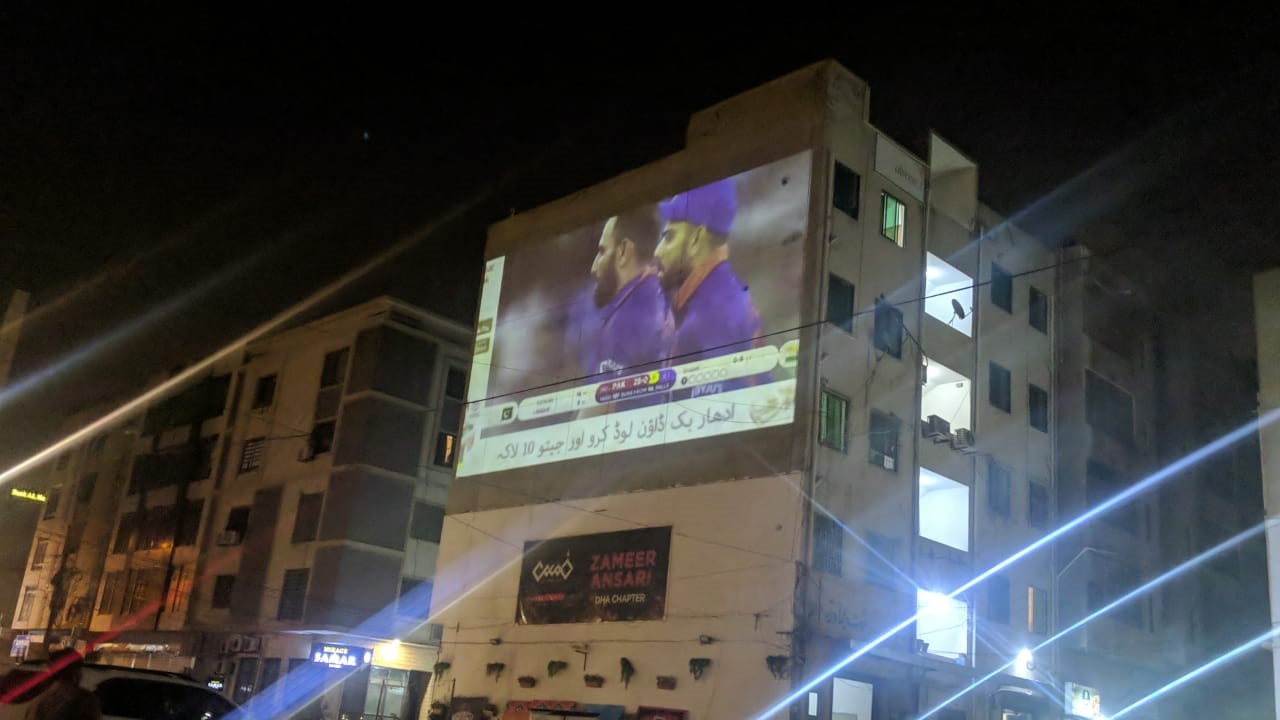 From cars to street cafes to offices, homes, and the motorway – word spread like wildfire that anyone who wanted to watch the match could simply download the app and watch the game with a single tap. No need for shady websites with questionable live stream links and blurry streams. It was almost too good to be true but then again – pretty much everything about the match was. 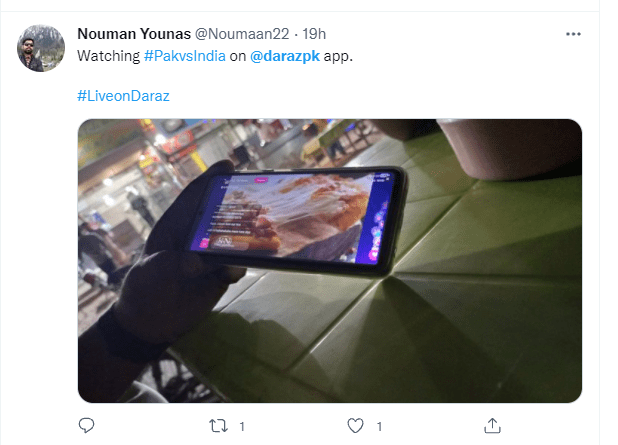 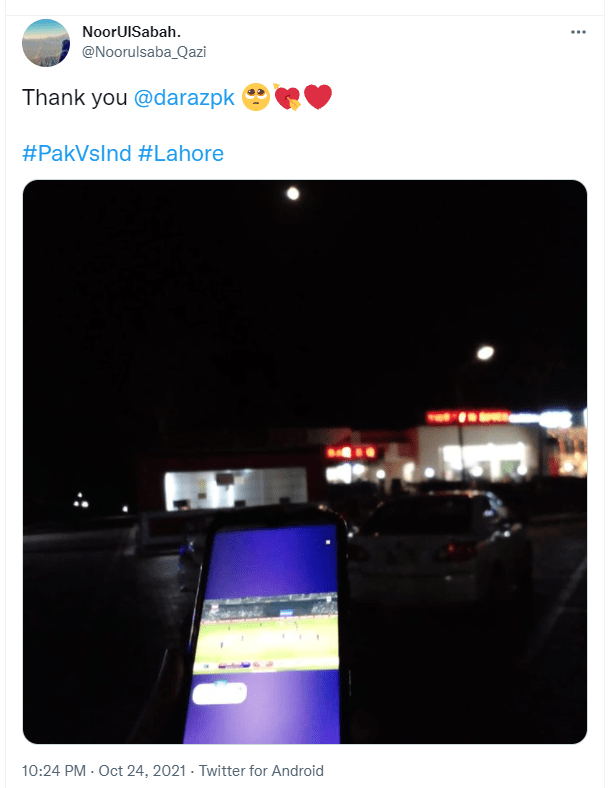 If you happened to miss the buzz on social media and opted for the traditional route of Googling links – Daraz was also front and center on the search engine for T20 live stream links. With easy one-touch integrated buttons that led directly to the livestreaming page, all anybody had to do was click on the Watch T20 Live Match and they’d be redirected to the stream. Good job to their SEO team. 🙂 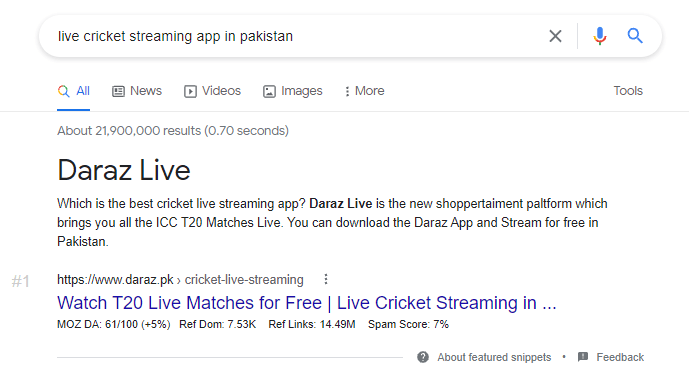 It was the craze to see cricket’s greatest rivalry paired with the easy access Daraz provided that quickly helped the e-commerce giant climb the ranks, both across trending social media mentions and app store rankings – all in the span of just a few hours.

It wasn’t long before people started to notice the startling numbers and though Daraz has yet to report official numbers, people are estimating that their views crossed 1.5 crore with over 1 crore app downloads! 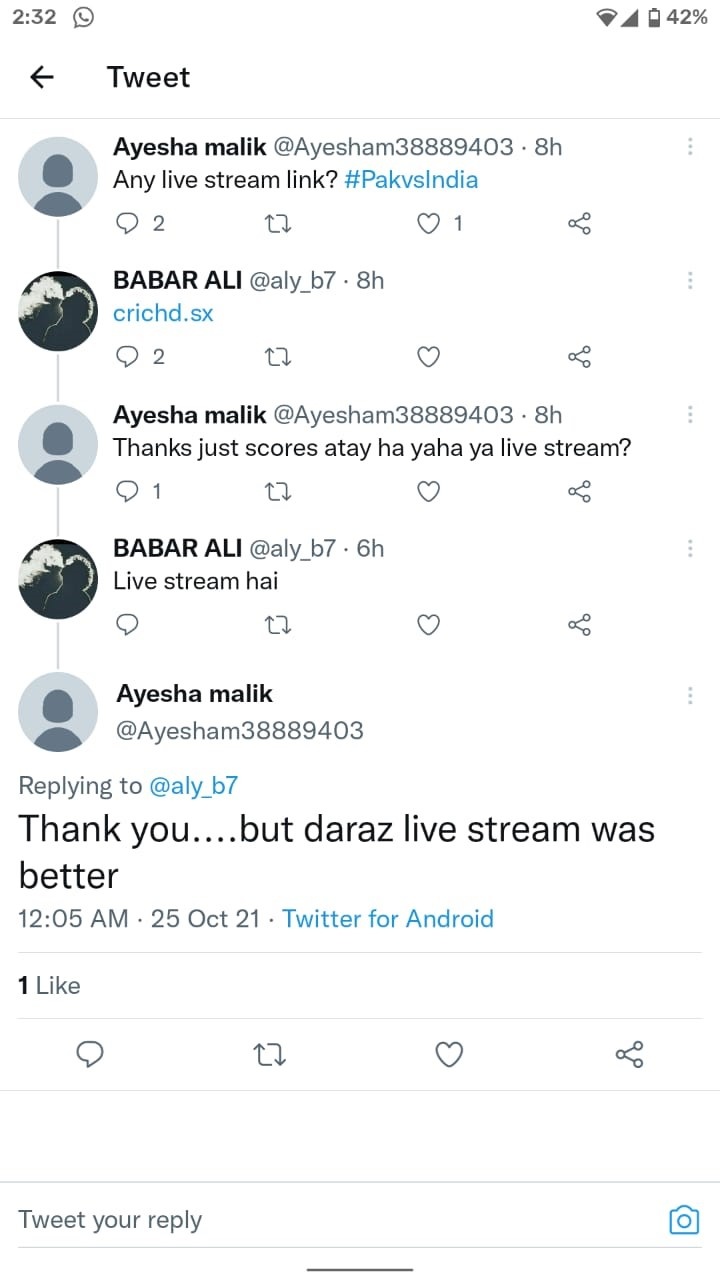 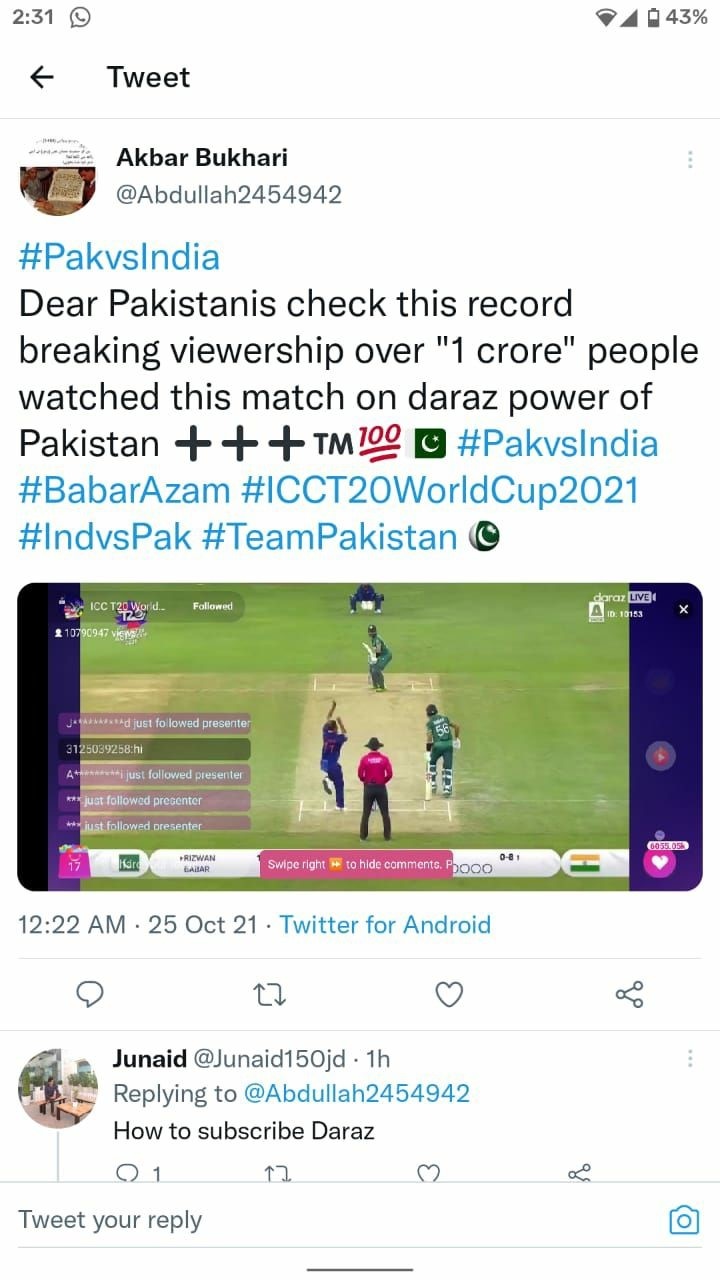 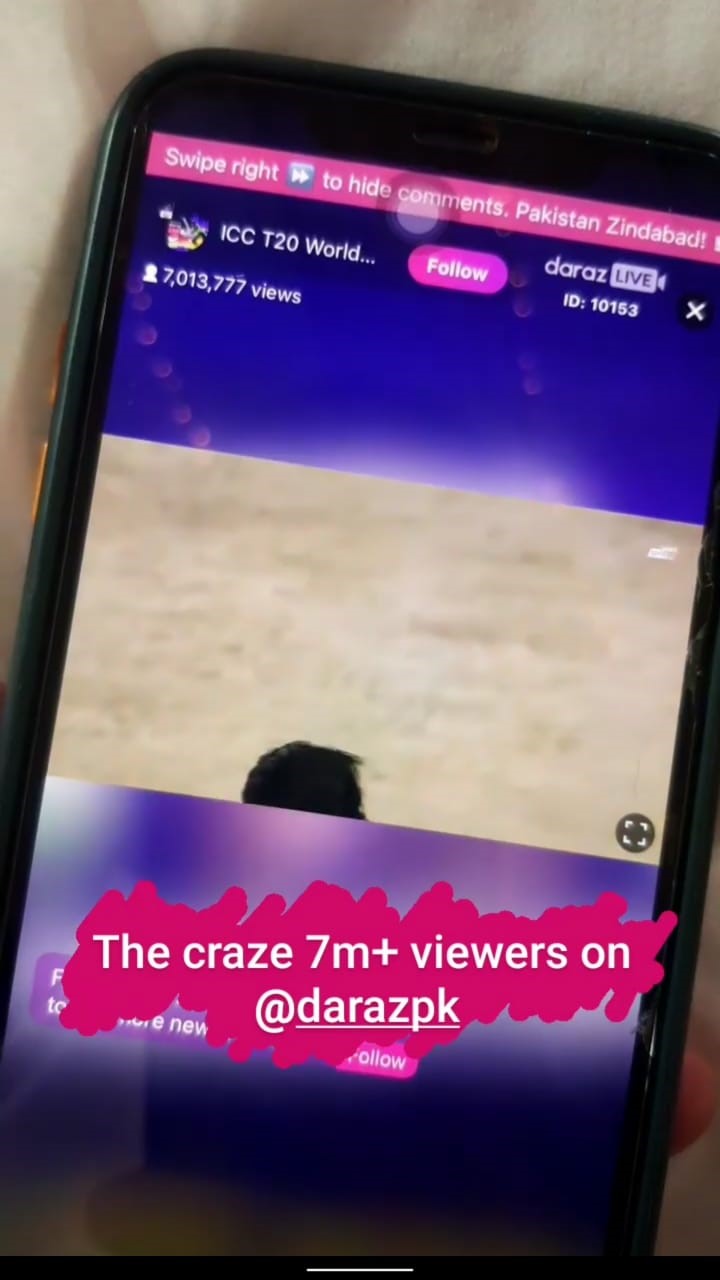 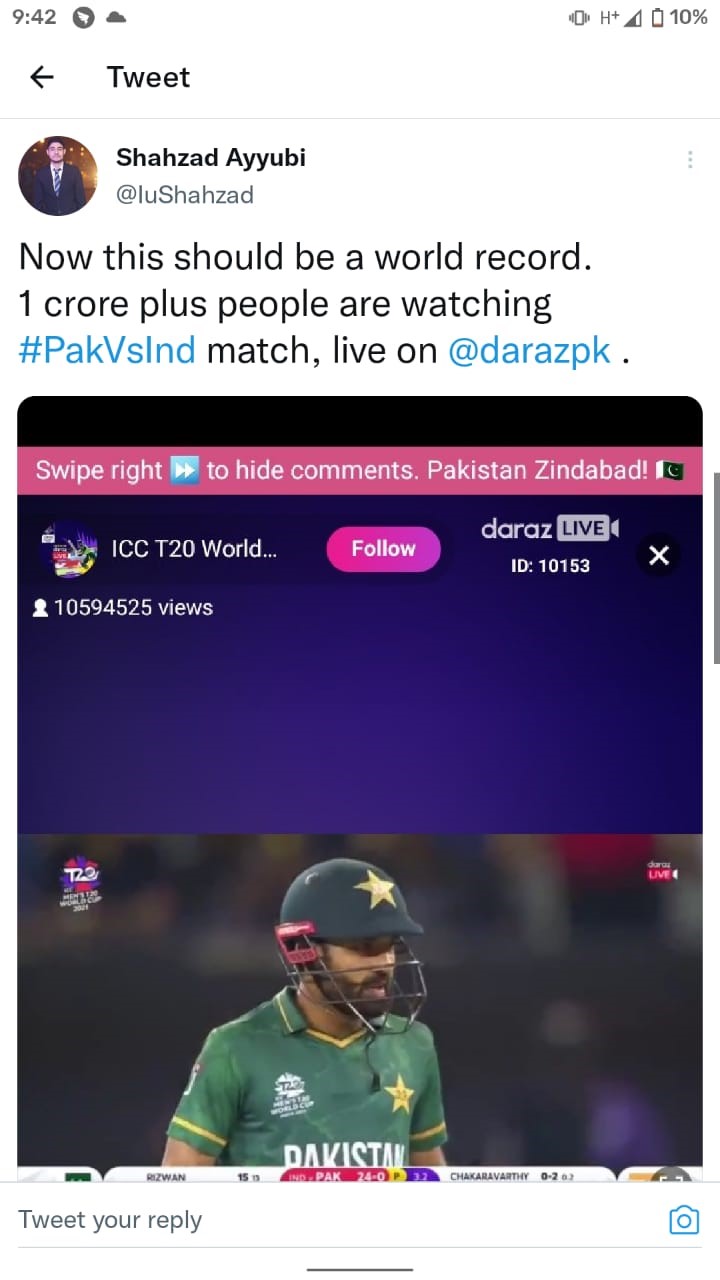 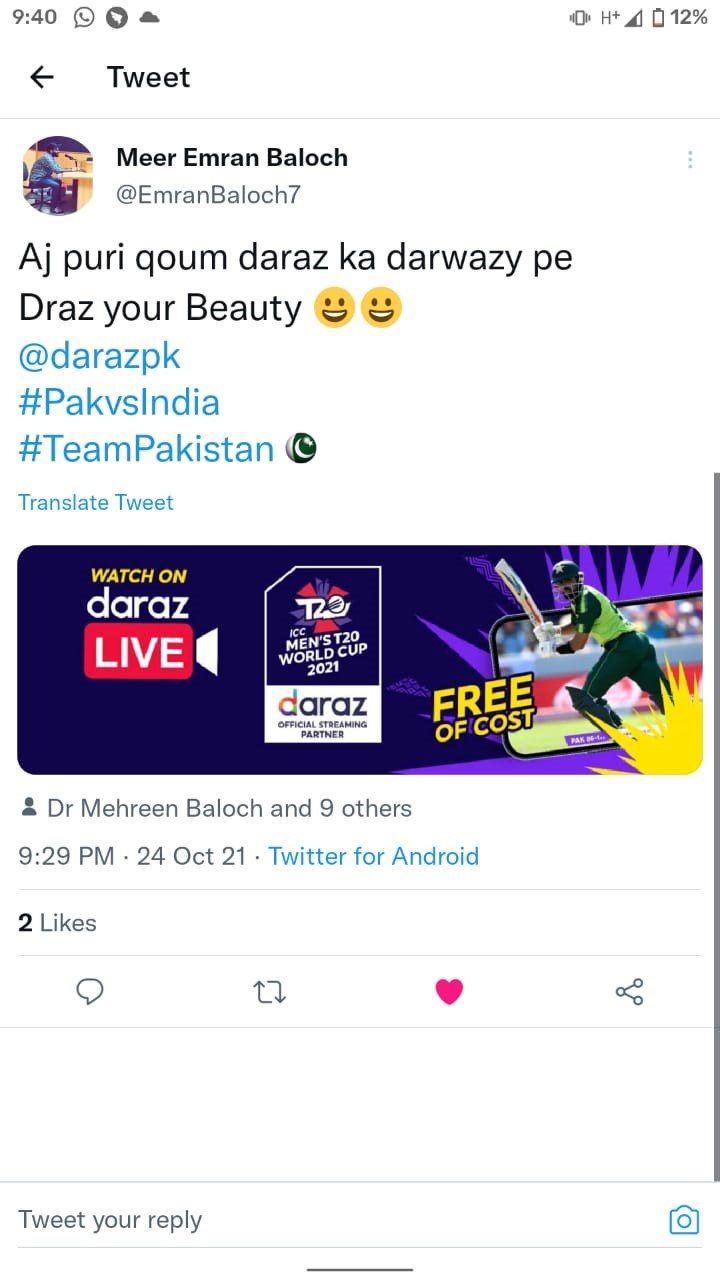 Meanwhile, the livestream itself served to be an exceptionally entertaining space for those watching – and not just because of the match! The interactive chat feature allowed for some creative commentary to read in-between the action. Viewers took this chance to express their gratitude and cheer on their team. But if you preferred to watch the match without any interference, you could simply swipe right and enjoy the match on quiet mode. 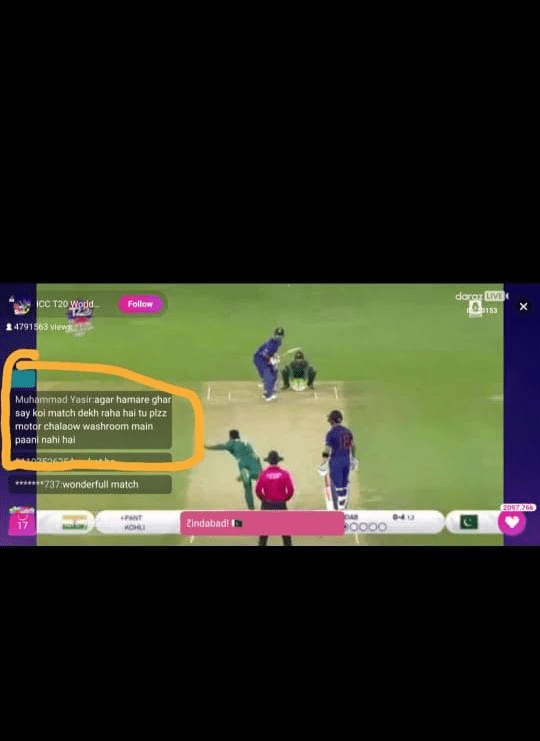 While the night ended in celebration for Pakistani cricket fans everywhere, it also cemented Daraz as a strong contender for upcoming livestream events with many fans restoring their faith in their cricket team and Daraz’s ability to provide solid service. 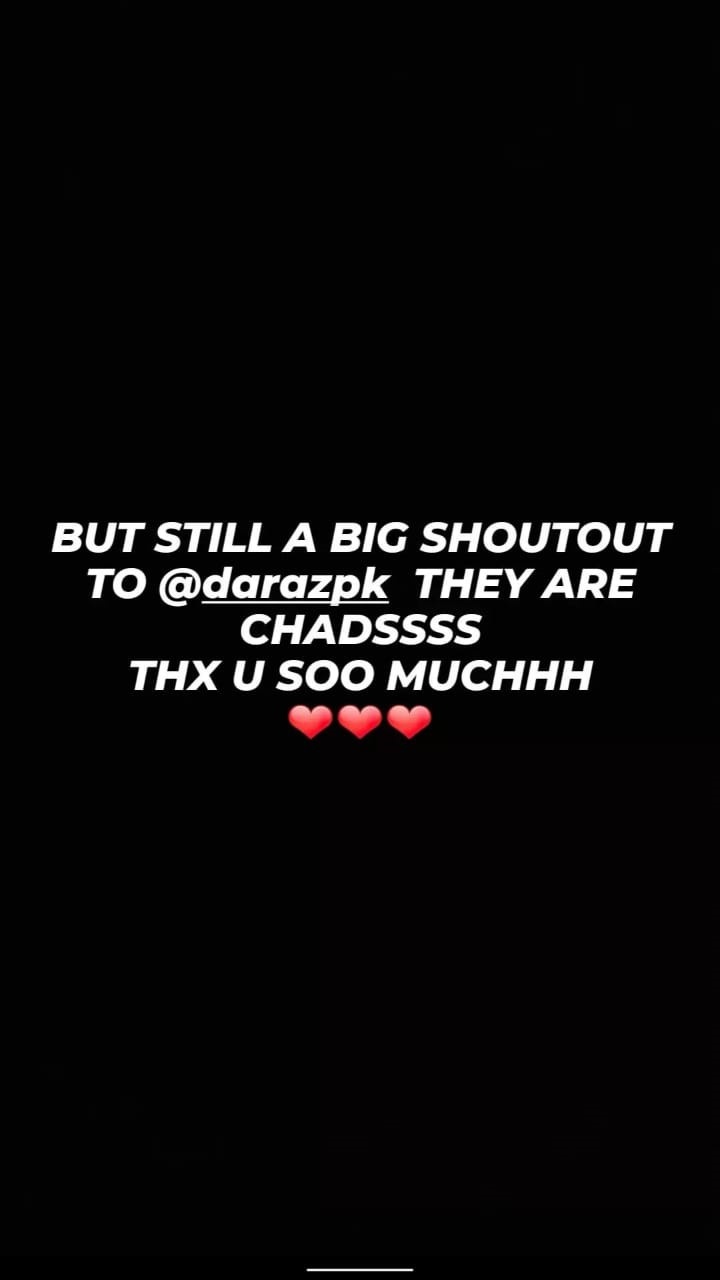 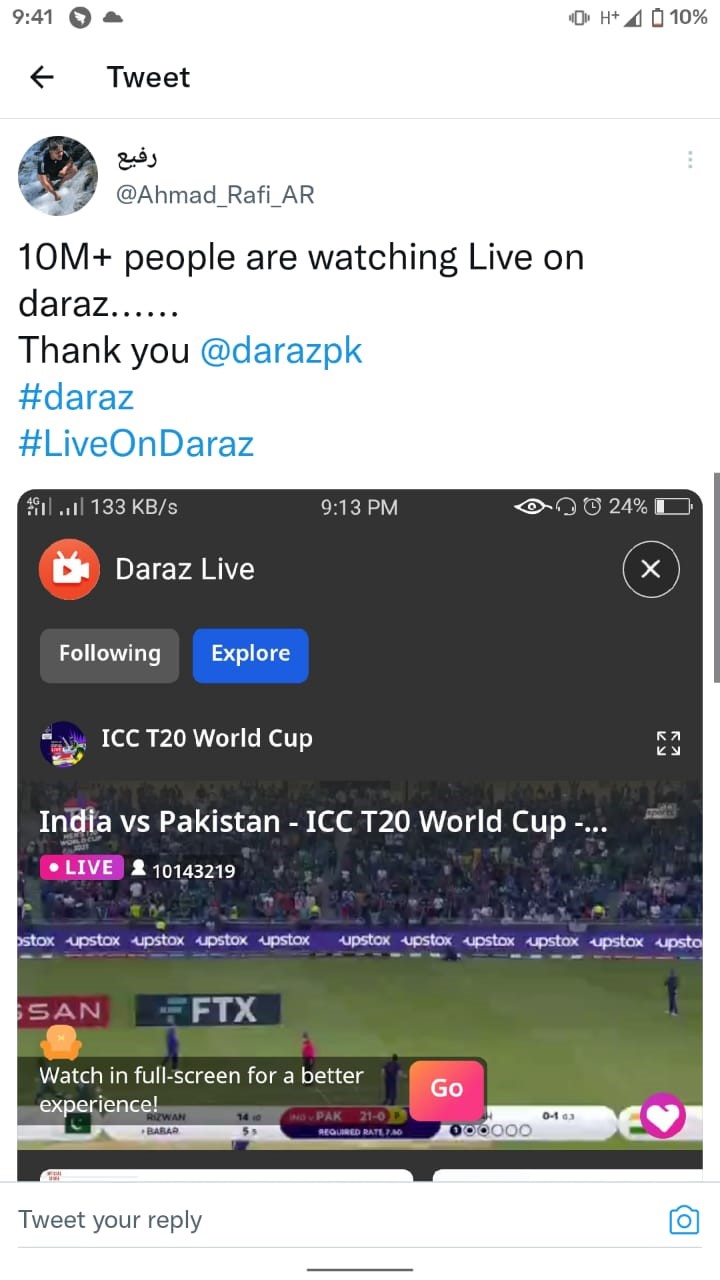 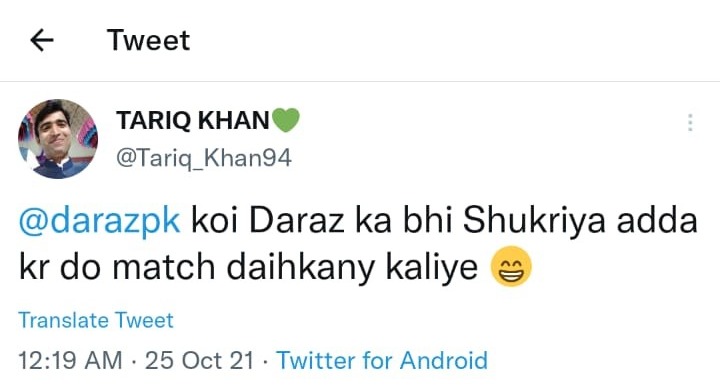 Even with plenty of matches remaining for the T20 world cup, Daraz has proven to be a reliable platform to stream the tournament and we’re excited to see more platforms follow the live-streaming trend in Pakistan!