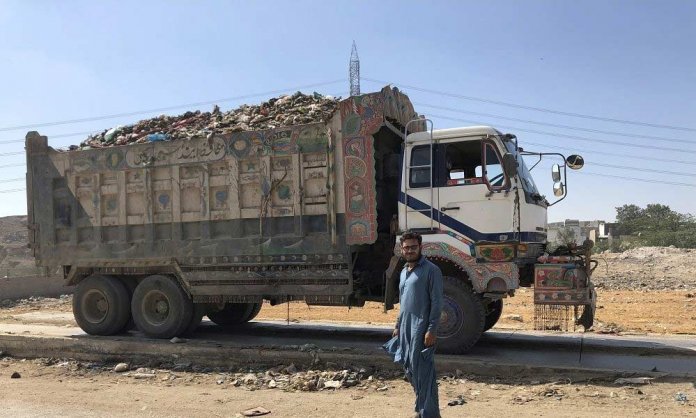 On September 18th, Sindh Chief Minister Syed Murad Ali Shah directed all the deputy commissioners to start a month-long campaign to clean up the city.

Called “Clean My Karachi”, the campaign begun on September 21st, 2019.

Speaking to the media, Sindh Chief Minister Syed Murad Ali Shah said on the second day of his campaign that 7,152 tons of garbage was lifted on the first day of the campaign.

The second day began with the removal of heavy stones and boulders from 24 inches diameter sewer line at Malir-15.

The Karachi Water and Sewerage Board found out that the sewer was choked with the intent to jeopardize his campaign:

“I am telling you loudly that my intentions are very clear, I am serving people of this city with my heart and soul, therefore, your conspiracies won’t work,” he said and directed police present on the occasion to start arresting such enemies of the city and keep him posting their photos, affiliations and details which “I’ll tweet to show their true face to the people of Pakistan”

The chief minister said that if the pace of lifting garbage at 7152 tons a day was made the 30-day progress would reach 214,560 tons.

Clean My Karachi is a great initiative on the CM’s part, however, what’s more important is that littering is strictly discouraged in the masses.

The garbage, after all, is spread by us and we as a society need to take prime responsibility for it.