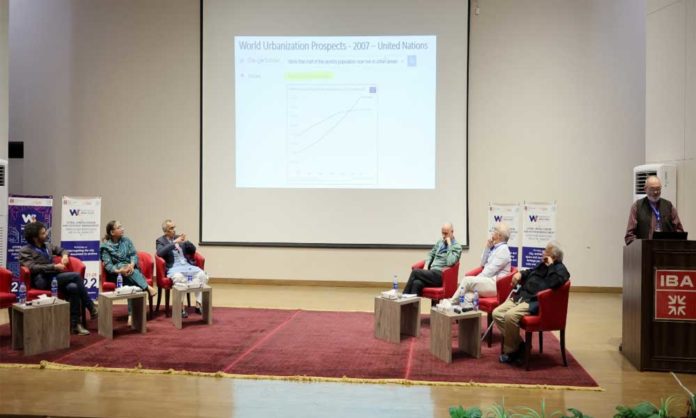 The first Social Sciences Winter School, jointly organized by the Institute of Business Administration (IBA), Karachi and Centre for South Asian Studies in Paris (CEIAS, CNRS-EHESS) was launched at the IBA City Campus. The theme of the first winter school is Cities, urban change and heritage management through geotechnologies and digital humanities. Running from November 21 to 26, the school will try to address issues at the interface between cities, urban change, and heritage management focusing on scales of interpretation, theoretical questioning and methodological frameworks, and in interaction with various local and international stakeholders.

Dr. S Akbar Zaidi, Executive Director, IBA and one of the organizers of the winter School opened the session discussing the importance of collaborations between the French scholars and local academicians. He mentioned that about 50 participants had joined the school from different locations and multidisciplinary fields to learn more about cities and urban spaces. 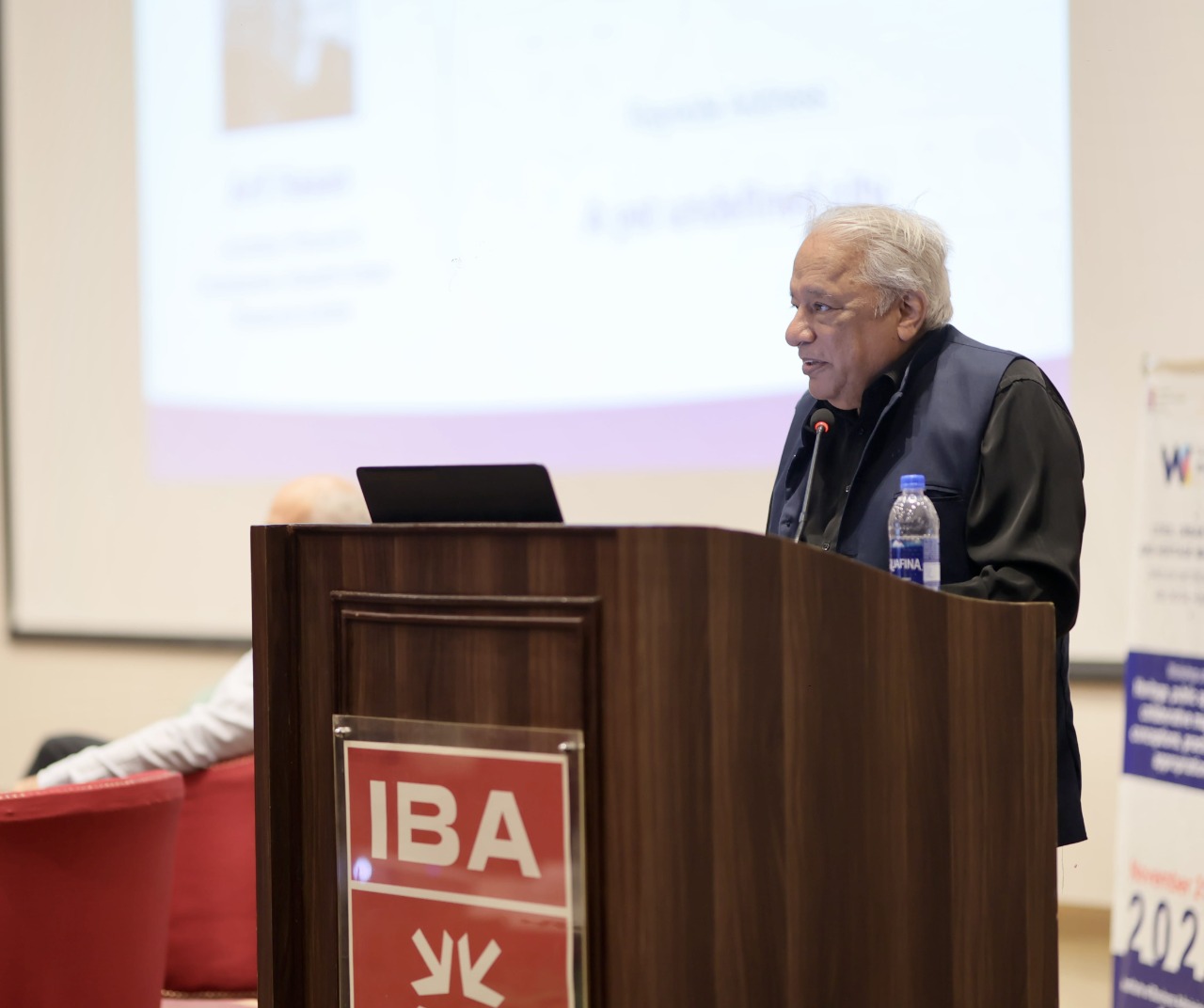 His speech was followed by Dr. Remy Delage, Co-director of CEIAS and organizer of the school. He discussed how the winter school was “the culmination of a long process of creation, collaboration and interchanging of ideas between scholars from both countries and that go back to discussions from the time before the COVID-19 pandemic”. He further elaborated on the three workshops that were offered during the first social science winter school: Workshop 1 – Heritage, public space and collaborative mapping: conceptions, practices and appropriations, Workshop 2 – City, architectural space and monuments: heritage perceptions, uses and management, and Workshop 3 – Interrogating the city from document to archive. He ended his speech on the hope that more of such collaborations would continue between the two countries in the coming years. 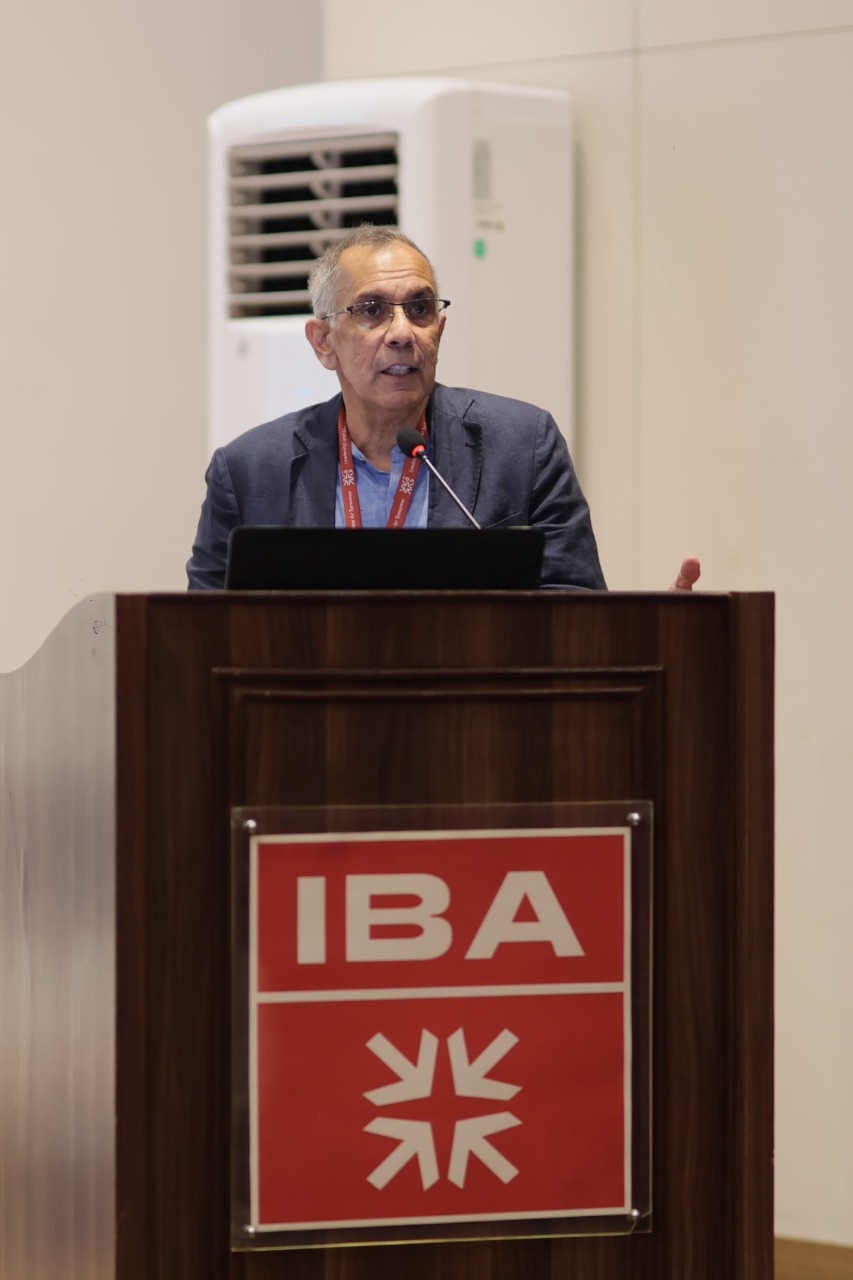 Dr. Michel Boivin, Co-director of CEIAS, elaborated on the history of the relationship between the French scholars and the research they have conducted in Pakistan. “The first French scholar came to work in Pakistan in 1950s who were archaeologists, when the CEIAS was also created with a focus on social sciences in South Asia. The winter school, therefore, is a symbol of achievement and is a very important event for us as it is a reminder of the evolution and continuation of the relationship between the Pakistani and French scholars”.

Mr. Arif Hasan, Architect and Chairperson, Karachi Urban Resource Centre, delivered the keynote address titled, “A yet undefined city”. His speech was focused on the way Karachi has evolved over the years and the role migration has played in expanding the city. He discussed how rapidly changing circumstances due to changing nature of migration have made it difficult to define the city and therefore difficult to identify, manage and conserve the city’s tangible and intangible heritage.

Aimed at students, emerging scholars and young professionals, the winter school will use advanced methodological and technological tools to provide intensive training to tackle urban questions from different angles and to explore the nexus between cities, urban change and heritage management. Multidisciplinary workshops like these impart valuable skills and prepare participants to use digital humanities and geotechnologies to design proposals and recommendations in the field of urban planning and heritage management.