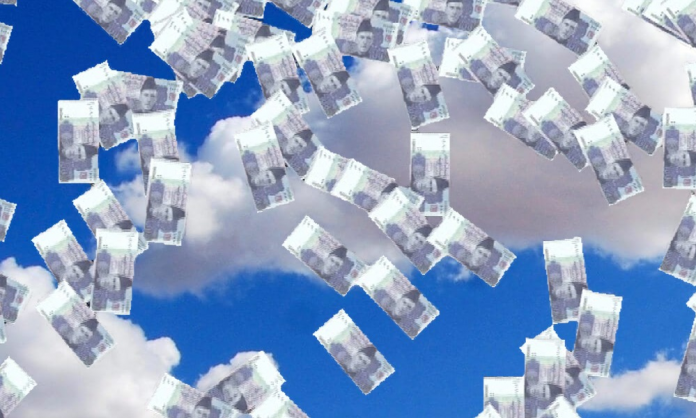 It’s a common practice of the groom’s friends and family throwing money in the public, we often see that in the bride’s side too.

However, imagine a wedding where the groom’s brother brings a truck-load of cellphones and notes to distribute to the attendees?

One excited brother was filmed as he threw cellphones and cash towards the audience for at least half an hour during his brother’s wedding ceremony.

A large number of people outside the barat also gathered witnessing this unbelievable sight.

People gathered around the vehicle and pushed and shoved to get closer some were even seen climbing the truck to grab whatever their hands could.

Watch the Video Below!

What do you think about this crazy scenario? Share your thoughts with us in the comments below.