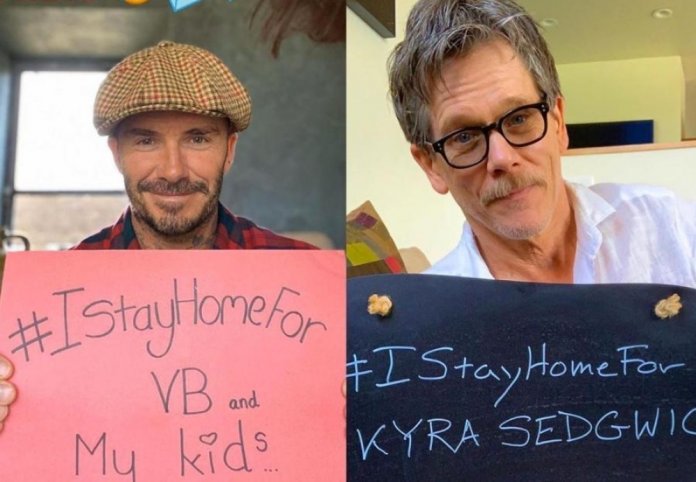 Amidst the ongoing pandemic that has the world in chaos, a few marketeers are playing their part well in promoting awareness and trying to stop the spread of COVID-19 by reaching out to the masses.

McCann is the latest agency to team up with six degrees of Separation star, Kevin Bacon in order to urge people to remain at home during this crisis to stop the spread of the novel coronavirus. The campaign #IStayHomeFor is designed to create awareness about staying at home for yourself and for the people you love. It is good to see creative minds at work for the greater good during the pandemic.

At this time where people are practicing self-quarantine and social distancing, social media is the only way people are able to connect with each other. The campaign is a tremendous effort to ensure public safety and shows the company’s social responsibility to the world.

#IStayHomeFor’ asks people to post an image or video to their social media channels of themselves at home holding up the name of a person they want to keep safe and then nominating 6 other friends to do the same. Kevin Bacon named his wife, Kyra Sedgwick and further nominated David Beckham, Elton John, Demi Lovato, Kevin Hart, Brandi Carlile and Jimmy Fallon to join him in this cause.

#IStayHomeFor @kikkosedg! Hey everybody, it’s now so important to stay home and keep our distance from others if you are able. It’s one way we can help prevent the spread of #Coronavirus and save lives. The more of us who can, make it safer for those who can’t. So if you’re home too like me, post a video or photo with a sign like mine, telling who you are staying home for and ask 6 friends to do the same. Post it with the hashtag #IStayHomeFor so I can see and share. The more folks involved, the merrier – We’re all connected by various degrees (Trust me, I know!) I’m kicking it off with @jimmyfallon @eltonjohn @Brandicarlile @kevinhart4real @ddlovato @davidbeckham – but I encourage YOU ALL to join in too! Let’s use this 6 Degree thing to do some good! . . . . #Corona #Coronavirus #StayHome #StaySafe #6Degrees #ThinkingOfYou #SpreadTheWord

Here are the celebrities that are teaming up to encourage people to Stay at Home:

David Beckham is staying home for Victoria Beckham and his children!

Staying at home for the ones that we love 🏠. Thank you @kevinbacon for nominating me. I’m staying at home for Victoria and our kids, including Cruzie who’s made his way into this photo 😂 Let’s stop the coronavirus spread together ♥️ Share your own #IStayHomeFor photo with a sign like mine and tag six of your friends asking them to do the same. I nominate @BrooklynBeckham @DavidGardner @Gneville2 @RosemaryFerguson_ @GordonGram and @J_Corden

Practice self-quarantine like Elton, play snakes & ladders with your loved ones!

Thank-you @kevinbacon for the nomination!! #IStayHomeFor @davidfurnish and our boys. Today it’s snakes, ladders and staying inside to stop the spread of coronavirus. Who are you staying home for? Please post your own #IStayHomeFor photo with a sign like mine and tag six of your friends asking them to do the same. My six nominations are – @teddysphotos @samsmith @taron.egerton @sharonstone @sharonosbourne and @sam_fender!

There’s a lot of things going on in our world right now, but if there’s one thing that matters it’s spreading love. #IStayHomeFor my parents, my neighbors and my health 💗 Thanks for sharing this with me @kevinbacon!! 😝 I’m challenging @mileycyrus @beberexha @arianagrande @ashleygraham @rubyrose & @alokvmenon to share who they stay home for!!

It’s the least we can do to help STOP the spread of this virus. I stay home because it is such an easy sacrifice to make for my fellow neighbors. For the country. For the WORLD. I stay home for my sweet Santi baby. And for my beautiful husband Pepe. Who do you stay home for @serenawilliams @jaimecamil @jencarlosmusic @ricky_martin @amaurynolasco @ananavarrofl #IStayHomeFor

Who are you staying home for? Take your own #IStayHomeFor pic with a sign like mine & tag 6 of your friends asking them to do the same. I nominate @kevinrichardson @nickcarter @brian_littrell @howied @RobertDowneyJr & @JoeManganiello! Thx for getting this thing going @kevinbacon! pic.twitter.com/ztBf93yEOh

Being inspired from Kevin and other celebrities, people have begun posting their own pictures and videos for the #IStayHomeFor campaign which has now gone viral. Kevin Bacons’ message has over 356,000 views on Twitter!

#IStayHomeFor my two year old granddaughter because I want her to have her Gramma for a long time pic.twitter.com/1lRXdW46V1

#Istayhomefor my 85 year old Dad, my 80 year old Mom, and for myself (I have severe Asthma). pic.twitter.com/aCu5dkaQcX

#istayhomefor my husband, who has had bypass surgery, and pneumonia in the past. My daughter and her lovely family so we can spend more precious time together. Be safe @kevinbacon pic.twitter.com/dc18I7MujO

Have you taken part in the #iStayHomeFor campaign? Let us know in the comments below. 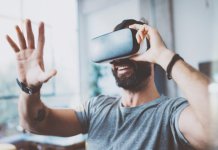