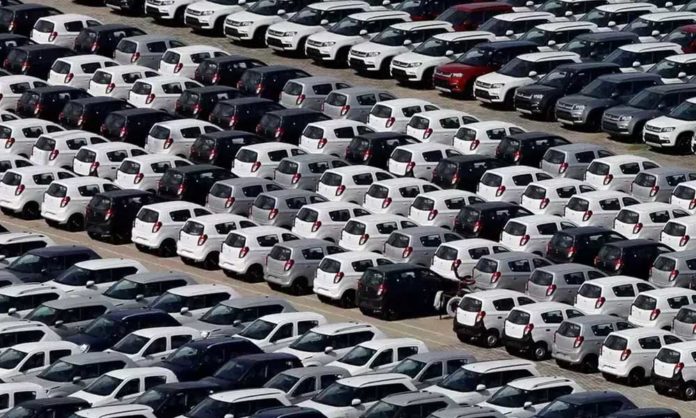 The car sales dropped 59% in July month on month (as compared to June), the first month of the fiscal year 2023 – to begin the year on a jinxed note.

“The sales clocked in at around 14000 units (both PAMA members and non-members sales), down 59% month on month,” read a Topline Securities’ research report.

Few new car assemblers, such as United Motors, Lucky Motor Corporation and Changan, don’t share their data with the Pakistan Automotive Manufacturers Association (PAMA) as they are not the association’s members yet.

The reasons for decline of sales in June have been production issues, higher car prices, inflation resulting in low purchasing power of consumers, less working days due to Eid ul Adha holidays and restrictions on auto financing in July.

The sales have also dropped by 52% as compared year on year (as compared to July last year).

Toyota posted a decline of 62% to 2,375 units primarily due to non-production days in the month of July. Similarly, Hyundai sales were down by 89% month on month to 201 units from 1,871 units in June.

Suzuki sales dropped by 58%. All variants of the company reported decline in the range of 57% and 95% month on month basis except for Alto where sales increased to 4,618 units from 1,216 units in June largely due to low base effect.

Honda also recorded a decline of 35% month on month to 2,537 units in July led by decline in sales of city and civic units by 30%.

Pakistan bike sales were down by 33% month on month and 34% year on year in July.

Trucks and buses sales were down 22% month on month and 37% year on year to 379 units in July primarily due to drop in transportation activities amid slow-down in overall economy.

The decline in sales of the auto industry in July is precursor to the industry’s annual sales in the complete fiscal year as the reasons for drop in sales is expected to sustain for the coming months too.

Toyota has just announced a decrease in prices of its car after sharp appreciation of the rupee against dollar recently. Other assemblers may also follow. But prices may still remain on the higher side while high inflation may keep purchasing power limited therefore forcing low demand for cars.

Meanwhile, the supply side will also remain under pressure as Finance Minister Miftah Ismail has also said that the government will keep imports reduced till September at least in an effort to bring the economy out of crisis.

Government has reduced imports of CKDs by limiting imports to only 50% of their average imports of the last four months which is expected to go up to 70% by September.

It means car assemblers may not be able to cater even subdued demand.

Some experts see demand falling between 25% and 35% this year. It means profitability of the car assemblers will take a hit.