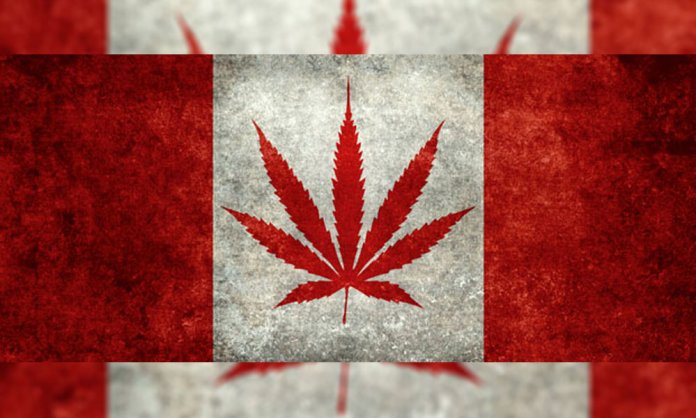 Canada is set to become the first G7 country to legalize cannabis after lawmakers on Monday passed a bill that would allow free consumption of the mind-altering drug.

Passed by 205 votes to 82 in the House of Commons, the legislation must still pass the Senate — which could delay, but not block it — and receive royal assent by the governor general before becoming law, likely by September.

Legalizing weed was a 2015 campaign promise of Prime Minister Justin Trudeau, who has acknowledged smoking a joint with friends “five or six times” including since being elected as an MP.

The Liberal government’s pointman on the pot file, Bill Blair, said at the weekend it was “probably looking at a date of implementation somewhere toward the beginning of September, perhaps mid-September.”

Uruguay approved the recreational usage of marijuana five years ago and nine US states and the capital Washington have done so too, but Canada will be the first G7 country to take the step.

An initial July 1 target was set for ending the pot prohibition that dates back to 1923, although it was effectively legalized for medical use nearly two decades ago.

Despite setbacks, Trudeau has insisted his government would move to legalize the production, sale and consumption of the psychoactive drug before facing the electorate again in 2019.

Last week, the government rejected 13 out of 46 amendments to the bill proposed by the Senate after several months of study, with Trudeau’s health minister rising to defend home cultivation of cannabis and branded pot swag.

“Canadians are allowed to make beer at home, or wine,” Health Minister Ginette Petitpas Taylor said at the time.

“It is already possible for Canadians to grow cannabis for medical purposes and we absolutely believe the legislation should be consistent when it comes to recreational cannabis.”

The government, she said, would follow its expert panel’s recommendation to allow at-home cultivation of up to four pot plants for personal use.

As for the proposed advertising restrictions, she said the bill already contains limits such as a requirement for plain packaging.

Once the law is enacted, Canadians over the age of 18 (19 in some regions) will be able to buy a gram of pot for about Can$10 or less, from a patchwork of authorized private and public retail stores or by mail order, with each province and territory responsible for setting up distribution.

Personal possession will be limited to 30 grams (one ounce).

Statistics Canada has estimated that the market will be worth Can$5.7 billion ($4.5 billion US), based on last year’s consumption data.

Finance Minister Bill Morneau estimated the cannabis tax haul will be about Can$400 million, but Ottawa has agreed to retain only 25 percent of these monies, with the rest going into provincial government coffers.

In an interview with AFP last month, Trudeau said the world was closely watching Canada’s pot plans and predicted other countries might follow suit.

“There is a lot of interest from our allies in what we’re doing,” he said.

“They recognize that Canada is being daring… and recognize that the current regime (of prohibition) does not work, that it’s not preventing young people from having easy access to cannabis.”

The prime minister argued that creating a regulated market would take the drug out of the hands of crime groups and “better protect communities and children.”

Yet he added the allies he spoke with ahead of a recent G7 summit in Quebec “are interested in seeing how things go… before they try it,” without specifying which nations.