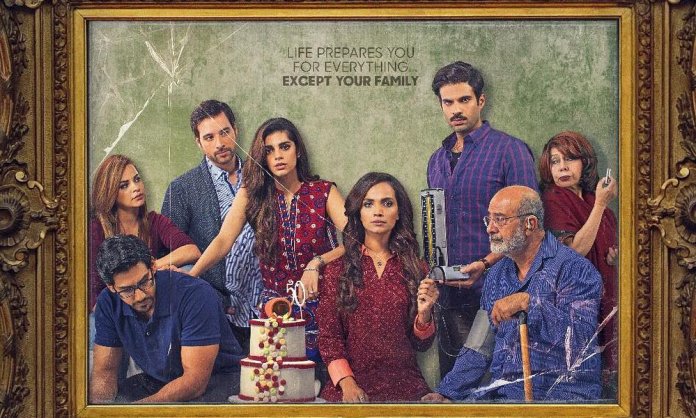 The Academy of Motion Picture Arts and Sciences will choose the final nominees for all award categories including Best Foreign Language Film in January 2019. The complete and final list of Oscar nominees will be announced on 22nd January 2019 with the presentation show for the 91st Academy Awards scheduled to take place on 24th February 2019.

Set in one of the world’s biggest metropolitan city, Karachi. “CAKE” follows the lives of two sisters, one of whom lives abroad and the other is ‘left’ behind. Burdened with guilt and resentments, the sisters confront old secrets and realize that sometimes the only way for a family to move on, is by finding a way back. At its core, “CAKE” is a film about the passage of time seen through the eyes of one family and offers a heartfelt look at the realities of life, of past and present, of choices and consequences. The film stars leading Pakistani actors, Sanam Saeed, Aamina Sheikh and Adnan Malik in pivotal roles and is the debut feature for writer/director Asim Abbasi. It is produced by Sayed Zulfikar Bukhari.

Speaking about the selection of ‘CAKE’:

“I am extremely honoured to have ‘CAKE’representing Pakistan this year, and grateful to the selection committee for considering it worthy. My deepest gratitude for my ‘CAKE’ family, who worked so hard and with so much belief to bring this film to the audiences. 2018 is proving to be a great year for Pakistani Cinema. May it continue to grow and may we always find the courage and the vision to tell our stories our own way.”

“Brilliantly showcasing the importance of responsible parenting and communication, ‘CAKE’shows viewers that Pakistani films possess quality and substance. Every actor was immersed in his/her role, each shot was taken beautifully and the viewer never loses sight of the film’s themes and message. ‘CAKE’ sets the bar for Pakistani films in 2018.”

“Beautifully filmed, acted and written, ‘‘CAKE’ is both layered and affecting – and it’s even better on second viewing.”

“‘CAKE’ explores the depth & and complexity of human relationships.”