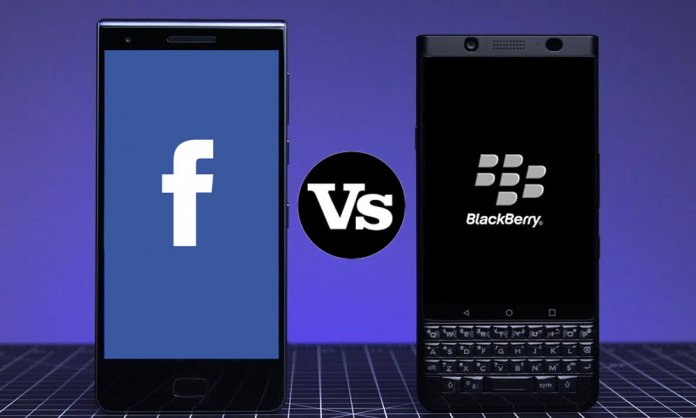 BlackBerry is claiming infringement on patents it holds for message encryption and notifications and is seeking an injunction as well as damages for lost profits, although no figure was given.

“We have a lot of respect for Facebook and the value they’ve placed on messaging capabilities, some of which were invented by BlackBerry,” BlackBerry spokeswoman Sarah McKinney said in a statement.

She said BlackBerry would like to partner with Facebook “in our drive toward a securely connected future, and we continue to hold this door open to them.”

“However, we have a strong claim that Facebook has infringed on our intellectual property, and after several years of dialogue, we also have an obligation to our shareholders to pursue appropriate legal remedies,” McKinney added.

BlackBerry, after abandoning the manufacture of its once-popular smartphones, has refocused its core business on cybersecurity software and services.