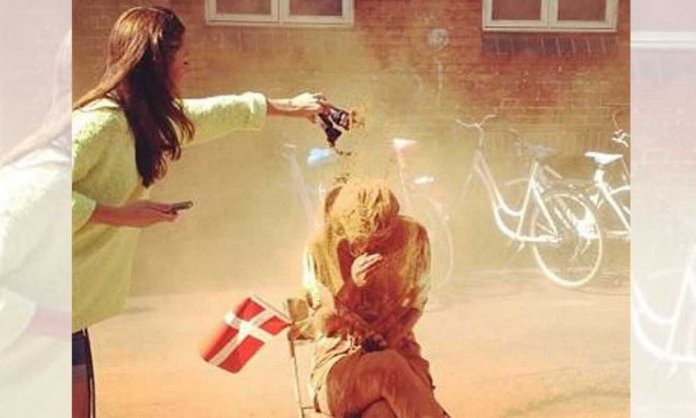 Giving birth really takes nutrients away from mothers. Moreover, they also go through psychological challenges due to massive hormonal changes. Every culture has its own way of dealing with that. While in Pakistan, we even refuse to acknowledge these changes; other cultures do, albeit weirdly. So in China and Jamaica, even in some parts of India, mothers are made to eat the placenta after giving birth. People assume that this way, the women will be able to regain the lost nutrients.

Roman Gypsies have a rather misogynist tradition. If you like a girl, you can kidnap her and keep her for 3 to 5 days. It is not a crime and perfectly legal there, apparently. Moreover, it means you have won her so you can get married to her. Wait? Was Malal e Yaar inspired by the gypsies?

3. Bathroom ban for three days after the wedding in Northern Borne

Northern Borne has a tribe by the name of Tidong. They believe that your bathroom trips can affect your marriage. So if you want to ensure a good relationship, you need to stop using the bathroom for three days. Both the bride and groom have to do it. So neither can they take a bath nor urinate. Talk about kidney issues. But whatever helps them sleep at night, I guess.

In Denmark, people apparently love the idea of marriage. And if you are not married, they remind you that you aren’t. So if you turn 25 and are in Denmark, instead of gifts, you will see people showering cinnamon powder on you. Fun fact, at 30, the cinnamon becomes pepper.

Read it if you are not a soup lover because if you are, this piece of info will ruin the delicacy for you forever.

In Venezuela and Brazil, the Yanomami tribes follow custom. According to that, they add the ashes of their loved ones in soups. The idea is that it will help the dead find peace and live on through them.

We definitely do not mean to offend anyone. But does one really have to consume the dead? Can’t all the bizarre traditions be as cool as the Tomatina festival, the one we saw in ‘Zindagi Na Milegi Dobara’?