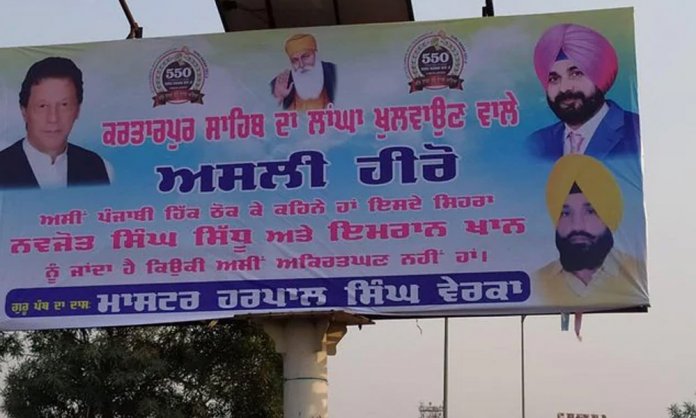 PM Imran Khan showed plenty of generosity by opening the Kartarpur Corridor for the Sikh community.

The Kartarpur Corridor is an under-construction border corridor between India and Pakistan, connecting the Sikh shrines of Dera Baba Nanak Sahib and Gurdwara Darbar Sahib.

Over 2,000 Sikh pilgrims from India arrived at Gurdwara Nankana Sahib in Pakistan’s Punjab province to mark the 550th birth anniversary of Sikhism founder Guru Nanak Dev, ahead of the opening of the landmark Kartarpur Corridor.

Imran Khan also announced that no visa would be required for the sikhs visiting on November 9th in order to facilitate them further.

The Sikhs, on the other hand, reciprocated with kindness by putting up billboards with pictures of Prime Minister Khan and Indian politician Navjot Singh Sidhu across Amritsar, calling them the Real Heroes for encouraging peace and harmony by making the Kartarpur Corridor a reality.

However, the billboards were taken down by authorities in Amritsar only hours after they were put up.

As a result, the Sikh community of Amritsar has announced that it will stage sit-ins and protests against this move by the government.

What are your thoughts? Let us know in the comments.
Stay tuned to Brandsynario for more news and updates.