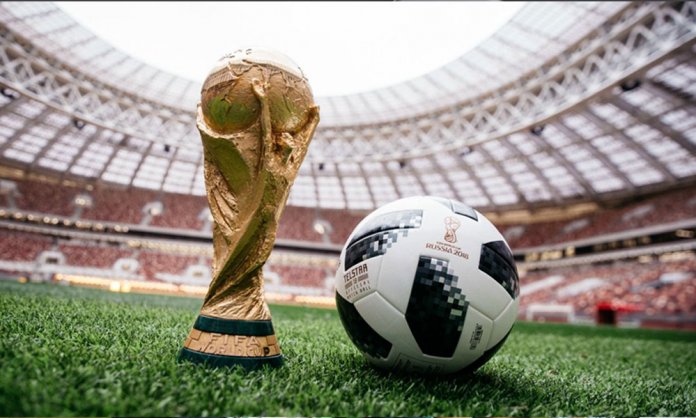 Football fans won’t be alone when they sit glued to their TV sets for the 2018 World Cup.

Scientists, too, will follow every move of the players and ball, probing all facets of the beautiful game for insights into disciplines as divergent as aerodynamics, psychology and the human physique.

With just about every World Cup, there seems to be grumbling about the ball, which Adidas has designed for the four-yearly FIFA tournament since 1970.

Already, this year’s offering, Telstar 18, has been criticised by some goalkeepers for being too flighty and hard to grip.

But scientists say the new sphere is actually quite stable — certainly more so than Jabulani, the much-denigrated official ball for the 2010 World Cup in South Africa.

The Telstar 18 is a nostalgic nod to Adidas’ first-ever World Cup ball, the Telstar, used in Mexico for the 1970 World Cup.

That was the first black-and white sphere made for a World Cup — designed for better visibility on monochrome TV screens — and sported the mix of pentagonal and hexagonal panels that has become synonymous with soccer balls.

The latest offering is white, black and grey, with gold lettering.

Eric Goff, a physics professor at the University of Lynchburg in Virginia, was part of a team that analyzed the ball using wind-tunnel experiments and surface measurements.

Compared to the Brazuca, its predecessor used in Brazil in 2014, the Telstar 18 experiences more “drag” or resistance as it flies through the air, the researchers found.

This means it will travel shorter distances — about eight to ten percent less than Brazuca — when kicked at high impact speeds of more than 90 kilometers (56 miles) per hour, Goff told AFP.

“That could be bad for strikers who kick from a great distance and must, therefore, kick the ball very hard,” he explained.

But potentially good news for goalies, as it means balls kicked at high speed “will reach the goal a little slower than Brazuca did in 2014.”

But Telstar 18’s panels are shaped differently, and the seam that holds them together is 30 percent longer in total than Brazuca’s, though also narrower and more shallow.

Sungchan Hong of the University of Tsukuba’s sports science faculty in Japan, said kicking robot tests revealed the Telstar 18 has “a very stable trajectory compared to the previous balls”.

“In other words, it is expected that a set-piece situation such as a free kick or corner kick, or an intermediate-range strong shot, may be effective,” he told AFP.

Compared to Jabulani, the Telstar 18 should display much less of the “knuckleball” effect that makes balls launched with no surface spin start zig-zagging wildly in flight.

A winning formula requires not only the best players, coaches, and a good combination of skill and luck. A team’s kit, research has shown, can give it an edge.

Iain Greenlees, a sports psychologist with the University of Chichester in England, has co-authored research papers concluding that both penalty takers and goalkeepers benefit from being decked out in ruby regalia.

The studies suggest that players in red jerseys are viewed as more dominant and skilled — both by themselves and by opponents who may be more anxious and perform less well as a result.

One theory, Greenlees told AFP, is that humans have evolved to associate red with danger, being the colour of blood, or with aggression — think of a face reddened in anger.

“An alternative explanation is that we have simply learnt from a very young age that red is associated with danger (warning signs are red) and failure (teachers may mark with a red pen),” he said.

And then there is the hypothesis that red is more visible and draws an opponent’s attention, breaking their focus.

There is certainly anecdotal evidence for scarlet success.

The English football team, which traditionally plays home games in white, won its only World Cup title in its red “away” kit at Wembley Stadium in 1966 against white-shirted West Germany.

Some of the country’s top football clubs — Liverpool and Manchester United for example — play in red.

But this does not explain the phenomenon that is Brazil — holder of the most World Cup titles with its iconic yellow jersey.

One study found that white kits are the most visible on a green football field, and could “increase the amount of completed successful passes”.

Green, however, could boost a team’s defence, being harder for opponents to see against a green background.

Greenlees points out that the overall impact of any colour would be small.

But if teams are equally matched in other departments, jersey shade may just tip the scales.

Pele had it. Messi has it. So does Ronaldo and Neymar.

The flamboyance, that element of skilful surprise that can change a match from one second to the next and fires up the fans.

The over-the-head bicycle kick made famous by Pele, no-look or dummy passes, the “elastico” dribble that makes a defender believe the ball is coming right at them only for it to be pulled back… these are tricks designed not only to entertain the hoards.

“High creativity” is, in fact, a good predictor for victory, said a study in the Journal of Sports Sciences in April.

They looked specifically at the eight actions before each goal, and rated them from zero to 10 for creativity, described as a combination of “surprising, original and flexible” ball use.

High creativity in the last two actions before the shot on goal “proved to be the best predictor for game success,” they found.

The study found that highly creative moves were rare during matches — fewer than one in 10. But almost half of goals scored included one or more highly creative actions.

“Tactical creativity seems to be a crucial factor for team success,” said the researchers, meaning it was important in selecting players, and should be “increased via training”.