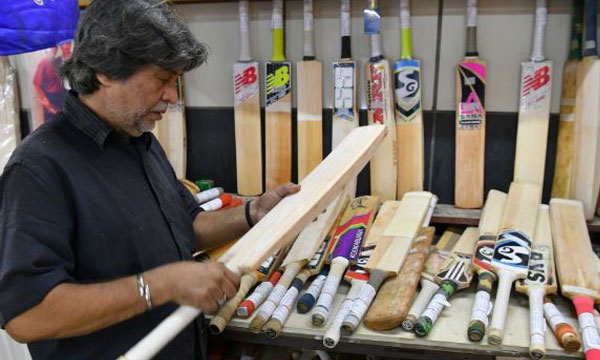 When the Indian Premier League’s big hitters need their favorite bat urgently repaired there’s one person they call upon — Aslam Chaudhry, a.k.a. “Batman”.

The 65-year-old bat-maker and fixer frequently come to the rescue of cricket’s most recognizable stars out of his small, decades-old workshop in south Mumbai.

“I’ve done bats for Sachin (Tendulkar), for (Faf) du Plessis, for (Steve) Smith, for Chris Gayle, for most of them,”

He is the owner of M. Ashraf Bros, a bat-manufacturing shop set up by his father in the late 1920s. 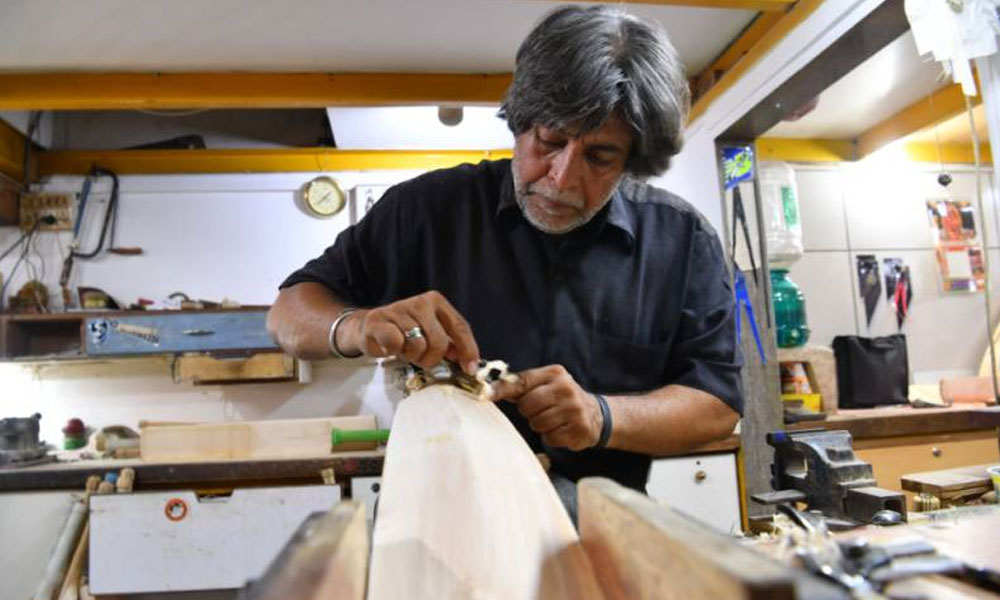 Chaudhry, who still makes bats by hand, is known as a master of his craft and is in high demand from players during the eight-month-long Indian cricket season.

He is known as Mumbai’s “Batman”, and the logo on his business card shows two cricket bats in front of bat wings.

Chaudhry works flat-out during the seven weeks of the IPL. The 11th edition is currently taking place, and he is getting regular calls about urgent work.

“The IPL is the busiest time because the bats break quite often,” he says, explaining that modern bats tend to be weaker because they don’t undergo the same amount of machine pressing as in previous eras.

He also notes that players in T20 cricket like to hit the ball as hard as they can as they try to whack six after six.

“They ring me up, I go to see them and then bring the bats back here. It’s a short deadline because they often have to fly off the next day so I have to fix the bats and take them back again asap,” Chaudhry added

While top stars receive plenty of free bats from manufacturers, Chaudhry says they all have a favorite match bat and it’s those they send for patching up.

Often Chaudhry is also asked to tweak bats they have received, like adjusting the shape or thickness of edges, to suit each batsman’s tastes.

The call to Chaudhry usually comes from a member of the team’s backroom staff or the player’s representative, but once Indian captain Virat Kohli phoned him personally.

“He said, ‘This is Virat Kohli.’ I thought it was a prank!” says Chaudhry, laughing. The softly spoken bat-maker has also done work for former India skipper Mahendra Singh Dhoni.

In Chaudhry’s workshop, dozens of cricket bats line a wall. Others are piled on a table and many more are stored away in cupboards, while wood shavings cover parts of the floor.

Photos of Chaudhry with Tendulkar adorn the walls alongside newspaper clippings, including one about the time rookie English batsman Haseeb Hameed turned up with a broken bat.

When AFP visited, Chaudhry had just received three new bats belonging to South Africa’s J.P. Duminy. He was about to add the finish and put thick grips on the handles.

Chaudhry goes to training sessions at the nearby Wankhede Stadium or to cricketers’ hotels to collect the bats due to the hysteria surrounding top players in cricket-mad India.

“All the big stars dare not come here because they will never get out of this lane alive, there will be so much crowd,” he says.

“(Lasith) Malinga made the mistake of coming here once. All hell broke loose and we had to call the police. We had to down all the shutters and he was inside for the best part of two hours until the police came!”

Chaudhry estimates that around a thousand bats come through his shop every year, partly thanks to a fondness among many Indians for patching things up and using them again.

He also makes original bats that are branded “Mehtab” after his father, who started the business from nothing and died in the early 1980s.

When making new bats, Chaudhry starts with a thick block of willow. He shaves it and cuts a V-groove for the handle. A machine then presses a five-tonne weight on the bat to strengthen the wood.

Chaudhry then shaves the bat into its final shape, playing close attention to its curvature while meeting the customer’s requirements regarding weight and thickness.

“You have to have a feel for it and be at one with the wood,” he explains, describing bat-making as “an art form”.

Chaudhry is rare in that he still shaves the wood by hand, vigorously pushing the tool backward and forwards, stopping every so often to step back and inspect the bat’s progress.

“I’m getting older and shaving huge pieces of wood takes quite a bit of strength,” he said.

“It saps my energy completely so by the time I am finished for the day I don’t want to be talking about broken bats. I don’t really care. The following morning though, yes I care.”