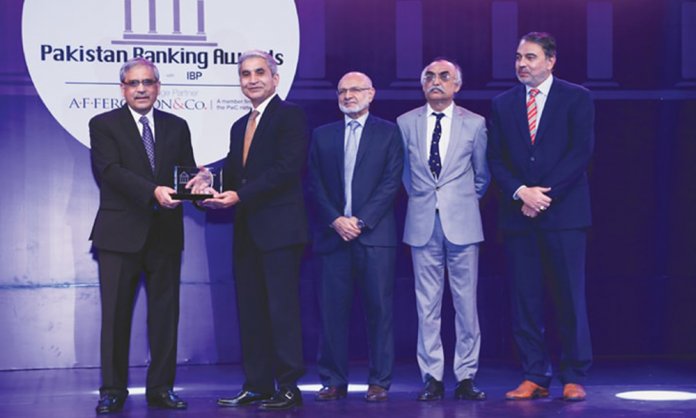 The 2nd Pakistan Banking Awards took place on the eve of September 19th, organized by the Institute of Bankers, A.F. Ferguson and Company and Dawn Media Group.

Bank Alfalah received the Best Bank Award for 2017 demonstrating “the most significant contribution to national development and the most effective management of its resources, including its employees, clients, franchise community, and financials”. A total of six banks were given awards in eight different categories.

1. Best Bank for the Unbanked

Telenor Microfinance Bank was declared the Best Bank for the Unbanked for paying attention to financial inclusion by expanding its outreach through rural and low-income urban penetration and diversification among all segments of account holders.

Habib Bank was declared the Best Bank for Small Business and Agriculture for its performance, diversification, and quality of SME and agriculture lending nationwide.

United Bank was declared the Best Bank for Corporate Finance and Capital Market Development. It excelled in promoting capital market development, deepening secondary markets and providing advisory services to optimise the efficient use of industrial and commercial assets.

A number of bankers, including State Bank of Pakistan Governor Tariq Bajwa, participated in the ceremony. Mr Bajwa said that the banking sector plays a vital role in the economic development of any country. He added that the awards will provide an incentive for the banks to improve their performance.