Pakistan had an exciting weekend this time around as social media rejoiced the launch of the much-awaited Audi E-Tron Quattro SUV!

Audi has taken up the motto ‘Electric has gone Audi’ as it has now joined the electric vehicle game.

The automotive giant launched the E-Tron yesterday, 8th March at its Karachi showroom.

The E-Tron is a luxury SUV that will remind you of likes like the Jaguar I-Pace and Tesla Model X. 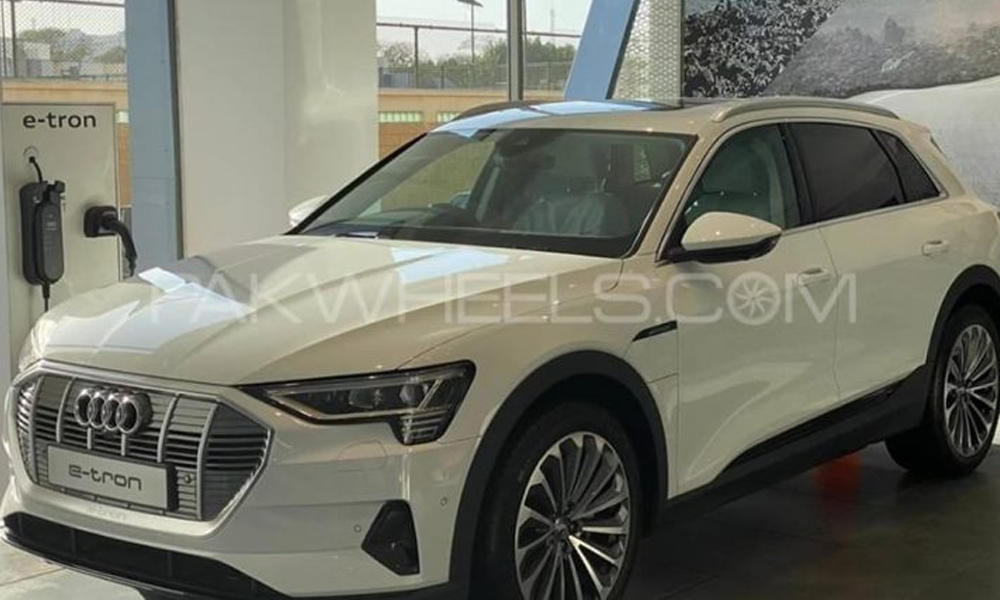 Audi’s first all-electric production SUV is battery powered with a 95.3 kWh lithium-ion battery pack. It is powered with two electric motors (one at each axle) which gives a combined result of a maximum of 402HP and 561Nm of torque.

Because of its super-powered batteries, the E-Tron can go from 0 to 100km/h in 6.6 seconds!

According to PakWheels, the five-seat crossover can make use of 150.0-kW DC fast-chargers that allow it to regain roughly 80km in 10 minutes and about 260km in 30 minutes. Those using a more conventional 240-volt outlet will be able to fully charge the e-Tron in about nine hours.

Here are the following features in the cabin:

Furthermore, because of no traditional driveshaft or transmission, the cabin and cargo area gets even more spacious, measuring 29 cubic feet behind the back row and 57 with the seatbacks folded flat.

For any automotive manufacturer, the safety of its customers is a priority. The E-Tron was awarded 5-stars for the crash-test rating from the National Highway Traffic Safety Administration (NHTSA). Moreover, it was named Top Safety Pick+ by the Insurance Institute for Highway Safety (IHSA).

What do you think about the new Audi E-Tron?