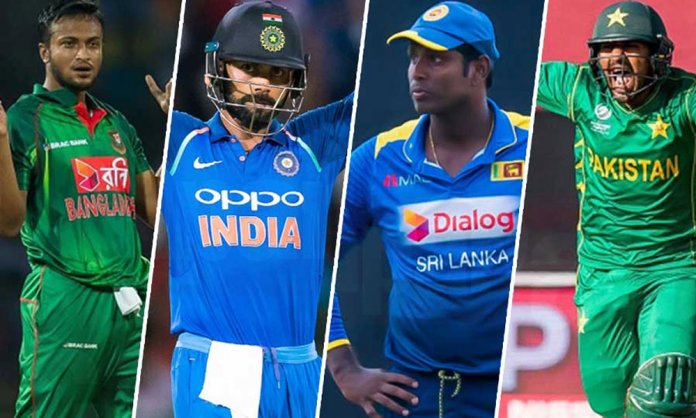 India and Pakistan will face off in Dubai after drawing the same group for this year’s Asia Cup, the International Cricket Council announced Tuesday.

India suspended bilateral cricket ties with Pakistan after the 2008 Mumbai attacks but the two teams continue to play each other in international tournaments, including the Champions Trophy final in England last year.

This year’s Asia Cup was originally set to be held in India but was shifted to the United Arab Emirates because of strained relations between New Delhi and Islamabad.

The biennial tournament will begin September 15 in with Sri Lanka taking on Bangladesh in the opener, the ICC said.

The Cup reverts to its traditional 50-over ODI format this year after opting in 2016 for a Twenty20 competition, which India won.

The main event would be preceded by a qualifier that would be played in India and will feature six teams:

The winner of the qualifier will take part in the main event that starts on September 18 in UAE.

The Asia Cup 2018 squads would be updated here as soon as they are announced.