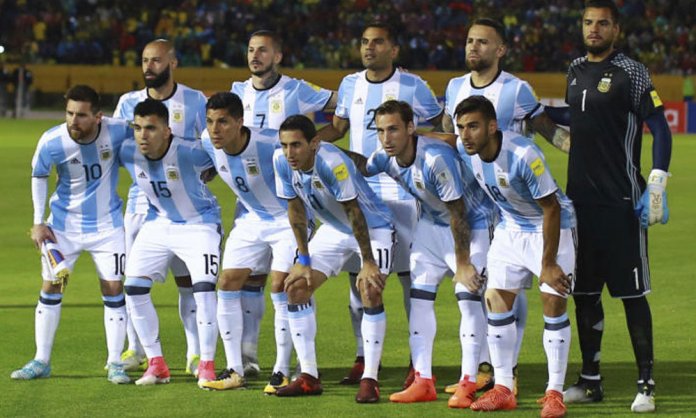 Enzo Perez’s call-up as a last-minute replacement in the Argentina squad made his country the oldest team at a second World Cup in a row, with an average age of 29 years, six months and 24 days.

River Plate midfielder Perez, 32, flew out to Russia after 25-year-old Manuel Lanzini injured his knee, pushing Argentina past Costa Rica as the oldest squad by a single day.

Argentina also had the oldest squad in Brazil four years ago, when they finished as runners-up to Germany, with an average age of 28 years, 11 months and six days.

At 36, Chelsea goalkeeper Willy Caballero is the eldest member of the squad, two years older than Javier Mascherano, while Giovani Lo Celso and Cristian Pavon are Argentina’s youngest players, both 22.

Latin American sides account for the third and fourth oldest squads as well, in Mexico and Panama respectively, while Brazil is eighth out of the 32 teams.

At the other end of the scale, Nigeria, who will face Argentina in Group D, feature the youngest squad at an overall age of 25 years and 11 months.