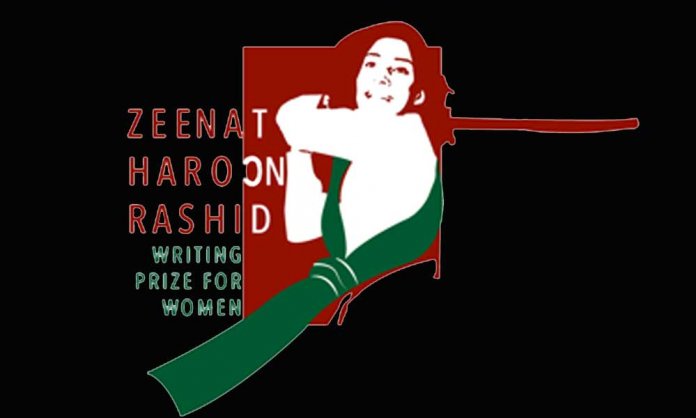 A prize of Rs. 100,000 (1 Lakh) will be awarded annually through competition for writing in English on the subject of Women and Pakistan. This will be the first time a substantial cash prize will be awarded to an unpublished piece of writing.

The competition will be open to all women of Pakistani nationality or Pakistani heritage (with NIC or NICOP) aged 18 and above and entries will be original, previously unpublished works in the form of either Memoir, Polemic, Essay or Short Story of no more than 3000 words. The topic must be central to the theme of Women and Pakistan and the judges will look for a piece of writing with a strong, personal voice.

From amongst all entries, the best will be chosen for consideration by a panel of judges drawn from writers, editors, and publishers. The panel will then draw up a short-list of 6 from which a winner will be chosen.

The 2019 panel of judges include Ameena Sayid, OBE, Sitara-e-Imtiaz, editor and publisher and founder of the Karachi, and Islamabad Literature Festivals and Founder and Director of the Adab Festival Pakistan; Moni Mohsin, author and columnist whose writing has appeared in The Friday Times, The Guardian and the Economist; Irfan Husain, author and columnist for Dawn; Sadia Quraeshi Shepard, internationally acclaimed filmmaker and author; Muneeza Shamsie author, literary journalist, and award-winning anthologist; and Shan Vahidy, a freelance editor working in London who is also the granddaughter of Zeenat Haroon Rashid.

The winning entry for The Zeenat Haroon Rashid Writing Prize for Women will be published online, and if appropriate, in a national magazine or newspaper. The writer will be honored at an event at which the prize will be awarded.

The closing date for entries is 15th July 2019 and the winner will be announced later in December 2019.