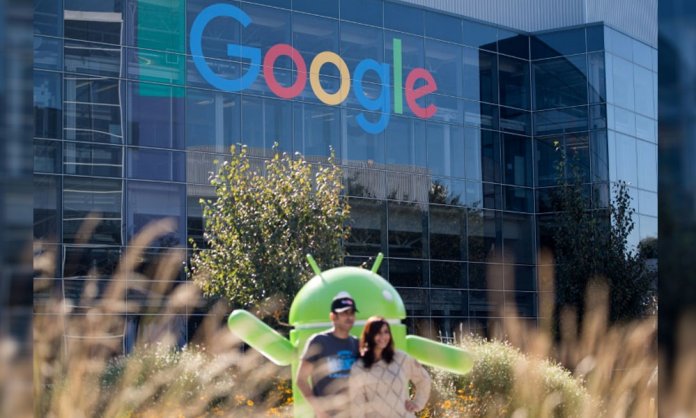 The Google Android operating system, the target of a long-running EU antitrust investigation, powers the vast majority of the world’s smartphones and firmly rules the mobile world.

According to industry tracker Gartner, Android dominated the smartphone market with a share of 85.9 percent last year, to around 14 percent for Apple’s iOS.

Some 1.3 billion Android smartphones were sold last year, compared with approximately 215 million running on iOS and 1.5 million with other operating systems, according to the research firm.

The first version of Android was released a decade ago.

In a playful way, Google has named Android iterations after tasty treats including Kit Kat, Marshmallow, and Nougat. A fresh version, Android P, is in beta testing mode and is expected to be given a yummier monicker before it is officially released.

Android is “open source,” meaning that device makers can use it free of charge and customize it as they wish.

This led to complaints that the world of Android was “forked,” with the compatibility of applications inconsistent and device makers slow or reluctant to push updated versions or security patches to users.

Apple, in contrast, tightly controls its software and hardware, so an application that works on one device works on all. Apple also prides itself on pushing the most up-to-date version of iOS out to mobile devices.

While Android operating system software is free, EU authorities claim Google uses its leverage to get mobile device makers to install its other mobile apps like YouTube, Chrome, Gmail, Maps and Translate to cement its dominant position.

Android is used by a host of mobile device makers, including South Korea-based Samsung, which is the world’s top smartphone maker in terms of volume.

Before Google shook up the market with Android, gadget makers paid to license operating systems or relied on their own.

Microsoft took that approach with the operating system for Windows Phone, before surrendering the market in the face of runaway success by Android and Apple.

Google makes its own premium Pixel smartphones, which showcase the capabilities of Android and are kept up to date with software improvements. Pixel smartphones account for only a small sliver of the market.

According to EU investigators, Google has required device makers to install its search engine and the Google Chrome browser on phones, and to set Google Search as the default, as a condition for licensing some Google apps.

The California tech giant disputes this, saying mobile device manufacturers, if they wish, can install applications that compete with those offered by Google.

For example, Samsung smartphones can come new with Chrome and another web browsing program built-in, or offer both Google Pay and Samsung Pay digital wallets for use.

Android users are free to patronize online venues other than the Google Play Store for apps, games, music or other digital content.

Google does promote its own services as being optimized for Android, and backed by “cloud” computing capabilities for backing up data and being able to shift seamlessly between devices such as smartphones and laptop computers.

Daniel Castro of the Information Technology and Innovation Foundation, a Washington think tank, said Google’s strategy tries to “limit fragmentation across Android devices” so as to attract application makers and protect the reputation of the brand.