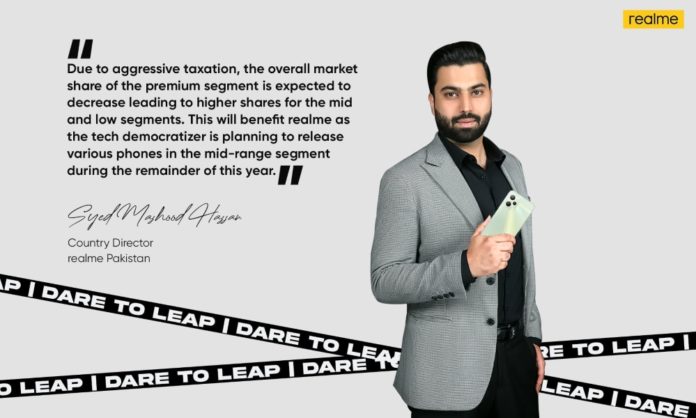 Increased taxation on the import of mobile phone parts was recently announced in Pakistan. The policies that authorities had been enforcing previously encouraged the import of mobile phone parts by granting relief from import taxation to smartphone businesses. This resulted in an influx of smartphone/technology brands setting up local manufacturing plants in the country including realme, the popular Chinese technology brand which opened its assembly plant earlier this year. All of this increased market activity was instrumental in increasing the overall market share of the smartphone market up to USD 250 million and creating a plethora of jobs for the local population.

With inflation on the rise, the government is taking necessary measures to try and remedy the situation. The increased taxes being set are dependent on the phone’s price bracket with the tax increasing proportionally to the price range. realme Pakistan has had a great year so far with the launch of its realme 9 series, the realme 9i and 9 Pro+, as well as the latest budget C series handset, the realme C35. 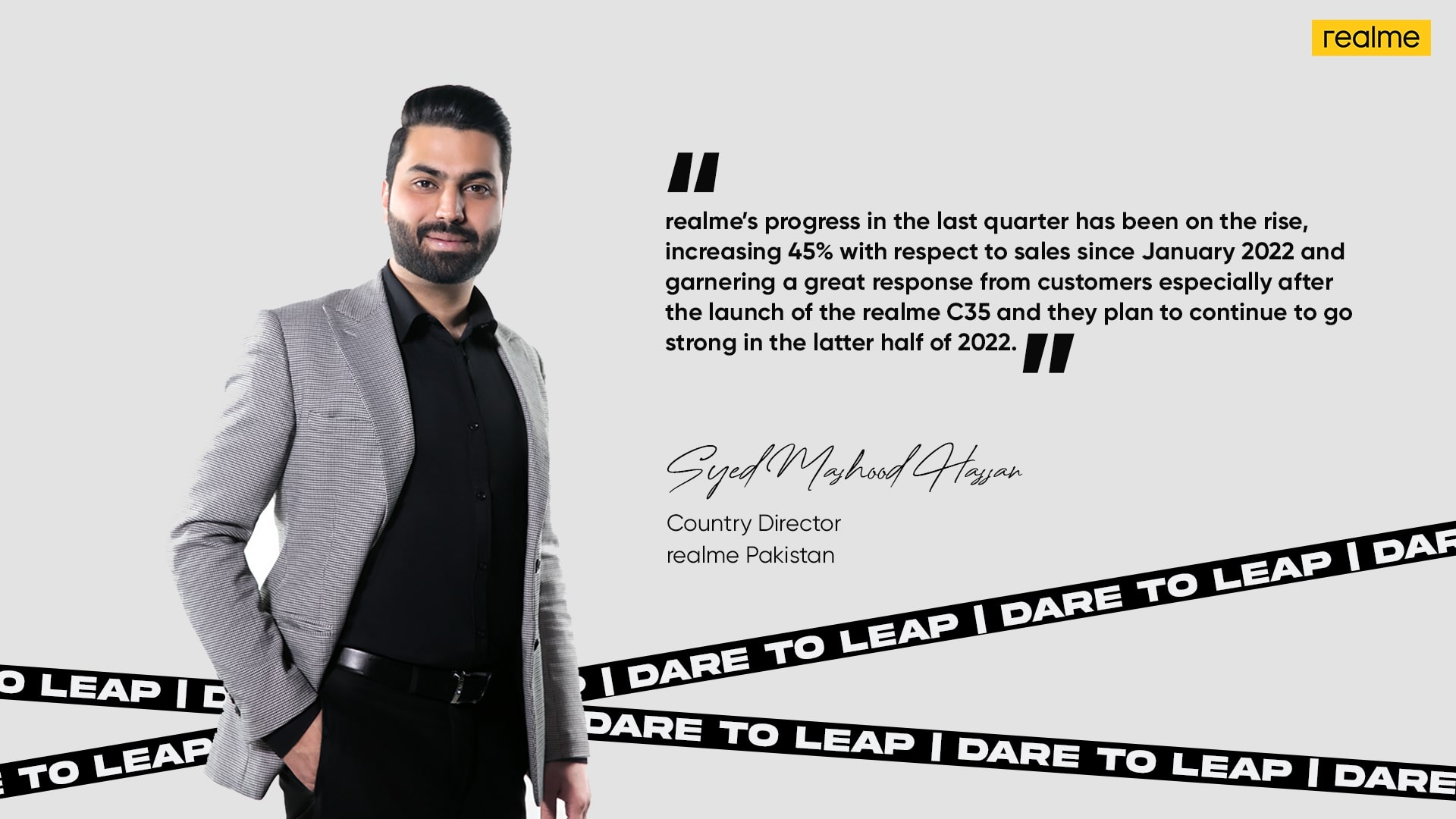 realme Pakistan’s Country Director, Syed Mashood Hassan shed light on the recent changes happening in the smartphone industry and discussed how increased taxation will affect the state of the smartphone market. According to Syed Mashood, the increased taxation on imports of mobile phone parts will have an effect across the smartphone market as well as consumers. Unfortunately, the end users will have to bear the brunt of this policy change. However, realme fans need not worry as the tech democratizer stays true to its promise of delivering high-end tech in an affordable package and is working hard to ensure its products stay affordable for consumers.

Users that are on the fringes of the premium segment might abandon the segment and trickle down into the mid-range and budget smartphone segments due to the increased burden of costs. This is an opportunity that can prove to be beneficial for realme as users who were more acquainted with premium-priced brands will start to look towards high value for money brands like realme that can deliver similar specifications at a slightly lower price point. 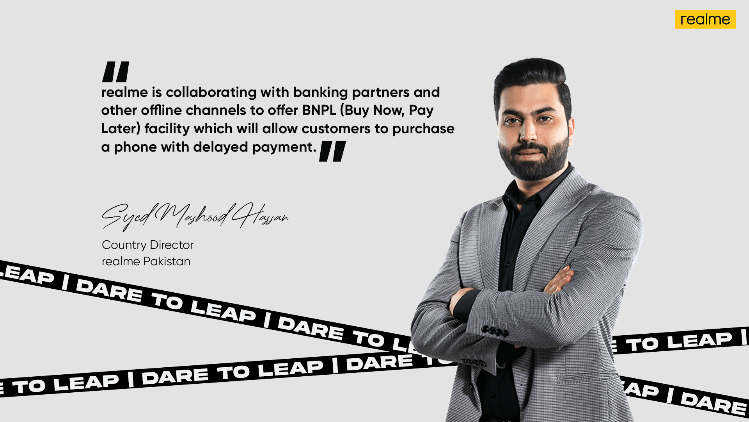 In the past few months, the value of USD is frequently appreciating in comparison to the Pakistani Rupee (PKR). This has had a devastating effect on the buying power of consumers in Pakistan as goods and services are becoming more expensive without an adjustment in income to balance it out. realme is doing its best to maintain the buying power of consumers by offering alternative channels to purchase its products.

The tech democratizer has collaborated with Bank Alfalah and other offline channels in order to offer its customers the Buy Now, Pay Later (BNPL) facility which allows customers to purchase a smartphone with delayed payment. Alternatively, realme is offering increased support to its other partners that offer the facility to purchase their products on an installment basis. realme’s goal is to minimize the effect on the buying power of consumers and allow them to purchase their products at a markup of 0%.

realme’s progress in the last quarter has been on the rise, increasing 45% with respect to sales since January 2022 and garnering a great response from customers especially after the launch of the realme C35 and they plan to continue to go strong in the latter half of 2022. The brand’s focus will be on releasing three to four new smartphones with 4GB / 128GB and 6GB / 128GB specifications for its Gen-Z audience. In August this year, the incredibly exciting realme Fan Fest 2022 will be taking place. Syed Mashood hopes that it will be a fun-filled event for loving realme fans and give the skeptics who have not had an experience with the realme brand a chance to experience their products and fall in love with realme as well. Recently across the border, our neighboring country opened the world’s first realme Global Flagship Store. With realme’s trajectory of growth so far, realme Pakistan is eager to follow in their footsteps so realme fans can enjoy the ultimate realme experience.

The reduction of consumer buying power can definitely prove challenging for smartphone manufacturers in Pakistan but it is not a challenge that cannot be overcome. It is important for brands to adapt to changing situations and facilitate their consumers wherever possible. realme Pakistan will strive to continue its commitment to provide superior value to its consumers and do what it can to lift the burden off the buyers in the market.