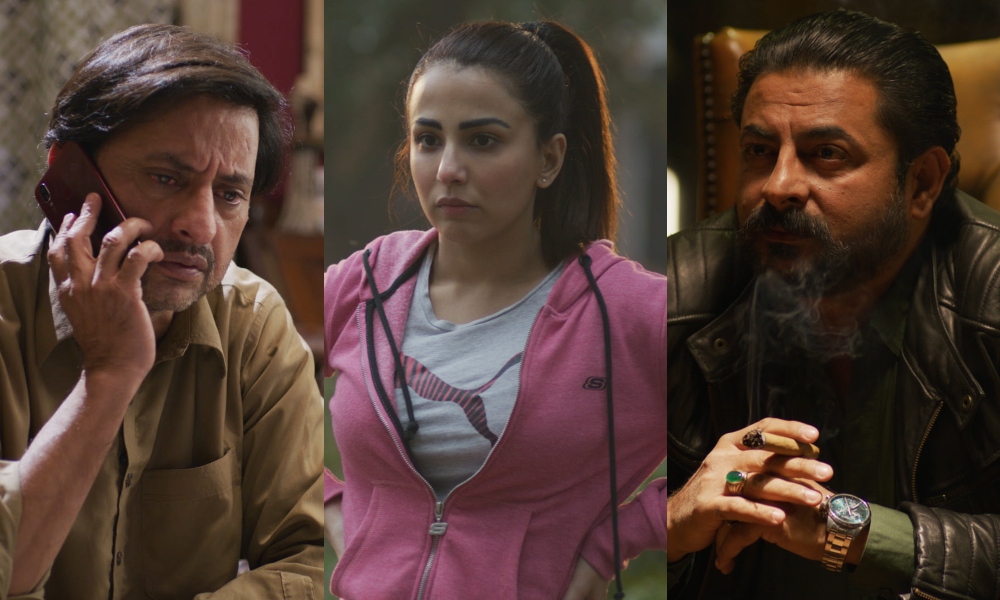 Brandsynario: Is Chikkar the first movie you’ve produced and directed?

Zaheeruddin: Yes Chikkar is my first film as a writer, director, and producer and I am releasing it under the banner of Dareechay Films – also a new venture, formed for non-commercial ventures, TV shows etc. 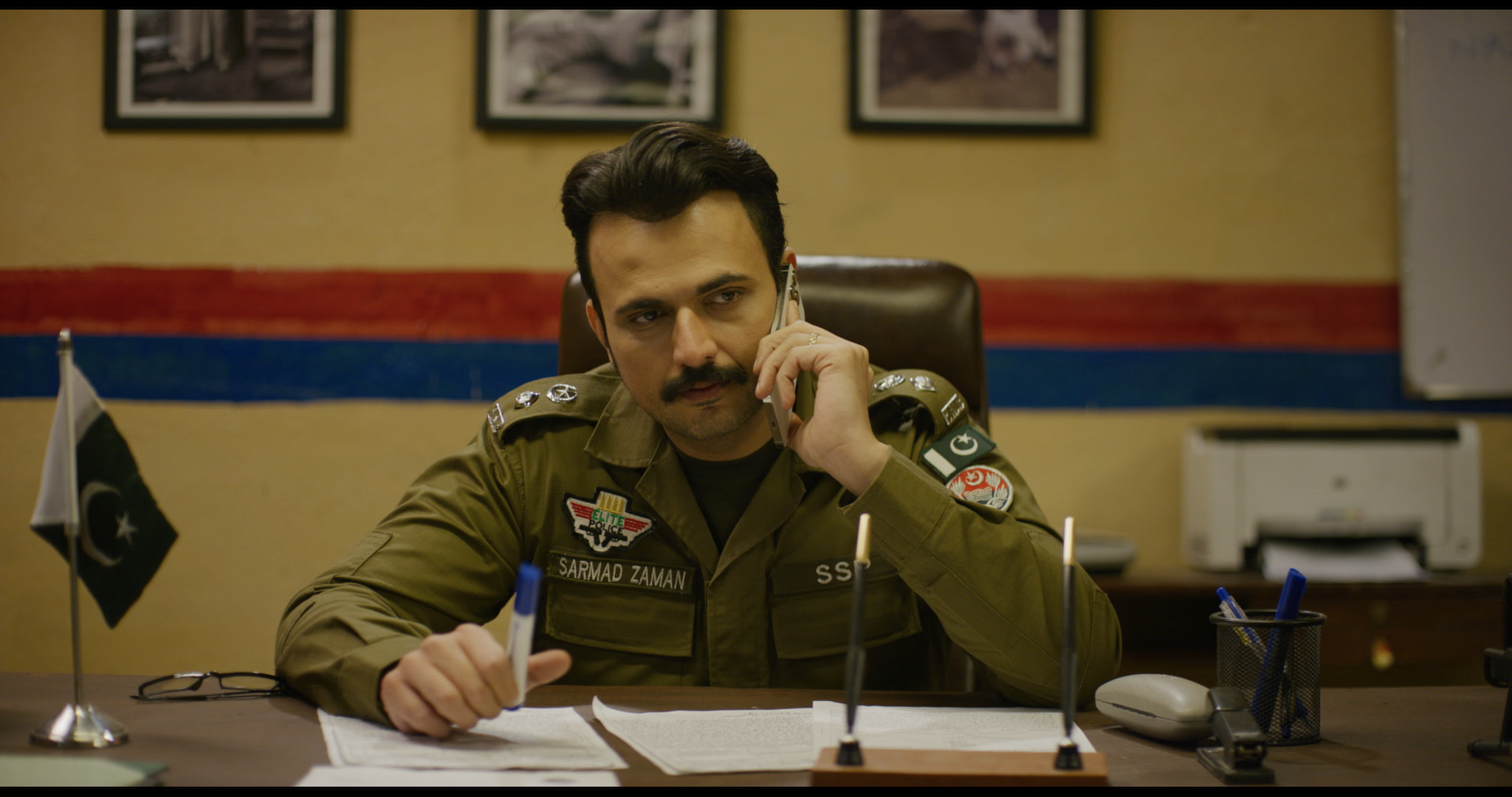 BS: How did the idea of establishing Dareechay Films come about?

Z: We (myself and people in my team), are a group of filmmakers who always wanted to produce films that could create an impact and influence our society. We believe films are an effective tool to bring about behavioral change in society. Dareechay is plural for windows in Urdu and the idea is to give a new perspective to our audience through our films; something they have never explored before.

BS: What prompted the transition from TVCs to movies?

My forte is storytelling; filmmaking is simply a simultaneous endeavor, a logical evolution of a storyteller. I have been considering it for a really long time but was only able to undertake it now. If you have come across my commercial work such as Kenwood, Amreli Steels, Dostea etc., you will notice that it is more on the narrative side and has brought about some changes in our advertising pattern.

I have lots of ideas and stories that I just have to pen down and bring to life and most of them take the form of advertisements. But some of those stories are much bigger and I just have to tell them somehow. The market is big and this can be a new business stream.

BS: What was the inspiration behind Chikkar? When did you finish writing it?

Z: I finished the script in 2019 but was unable to execute it due to Covid in March 2020. We pushed the shoot to October but my lead cast was not available and then the second wave of Covid struck. Hence, we started the production in December 2021 and packed up in February this year. There is still two days’ work left which we are planning to finish after our rough edit.

The concept is not something out of this world but it definitely is relevant to our society. Chikkar is grounded in the bitter realities of our society. It is everything we see around us that we refuse to say out loud or even acknowledge. It was this truth that I wanted to show, to put it out there for everyone to acknowledge and that is how I conceived Chikkar.

BS: Could you tell us a little about Chikkar’s storyline?

Z: Good stories are always around us. All we need to do is observe in an unbiased way and craft it in a very engaging manner. This story is about us, and how we, as a society, are progressing and behaving. I put all the events I have been witnessing for the past ten years in a box and fictionalized them. The real challenge was to keep a serious subject, relatable and engaging and this is a challenge of modern cinema. If you notice, in the past ten years, the lines between parallel and commercial cinema have blurred and OTT platforms have helped a lot in bringing about this change. Real is the new cool now – it is about how you tell your story. Chikkar is not a niche or independent festival film; it is for the masses. I believe a modern commercial film should be intelligent, engaging and relatable to audiences and we have tried our best to keep it in a contemporary storytelling format. 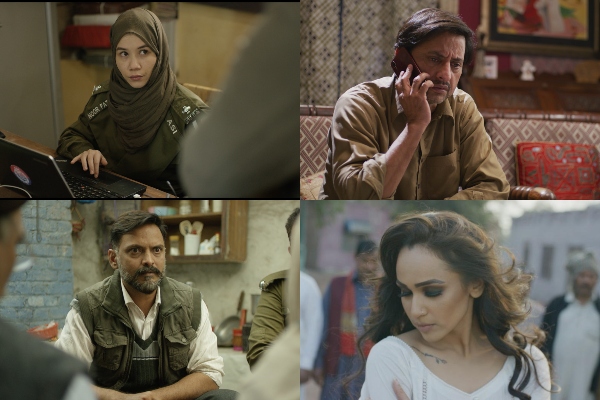 BS: Who wrote the songs for the movie?

Z: I did. Writing is my first love and I enjoy it thoroughly. Most of the songs in Chikkar are background songs and there are various composers working on each one of them.

BS: How did you decide on who to cast for the film?

Z: It is the content that decides the cast. For me, casting is very important; good casting is 50% of the job. We have amazing actors in Pakistan but unfortunately, they do not get good scripts, characters, and direction. They are hungry for good work.

My first hurdle was the budget; I could not afford expensive stars but when I started talking to people, most of them were more concerned with the script than the budget. The second concern was ‘attitude’. I always prefer to gather positive energy on the set, regardless of whether it comes from the actors or the crew members, energy is very important – it multiplies and helps you achieve much more than what you aim for. Fortunately, I successfully acquired that and as a result, when we finished the project, we were all excited, charged and happy – and that was the best part. 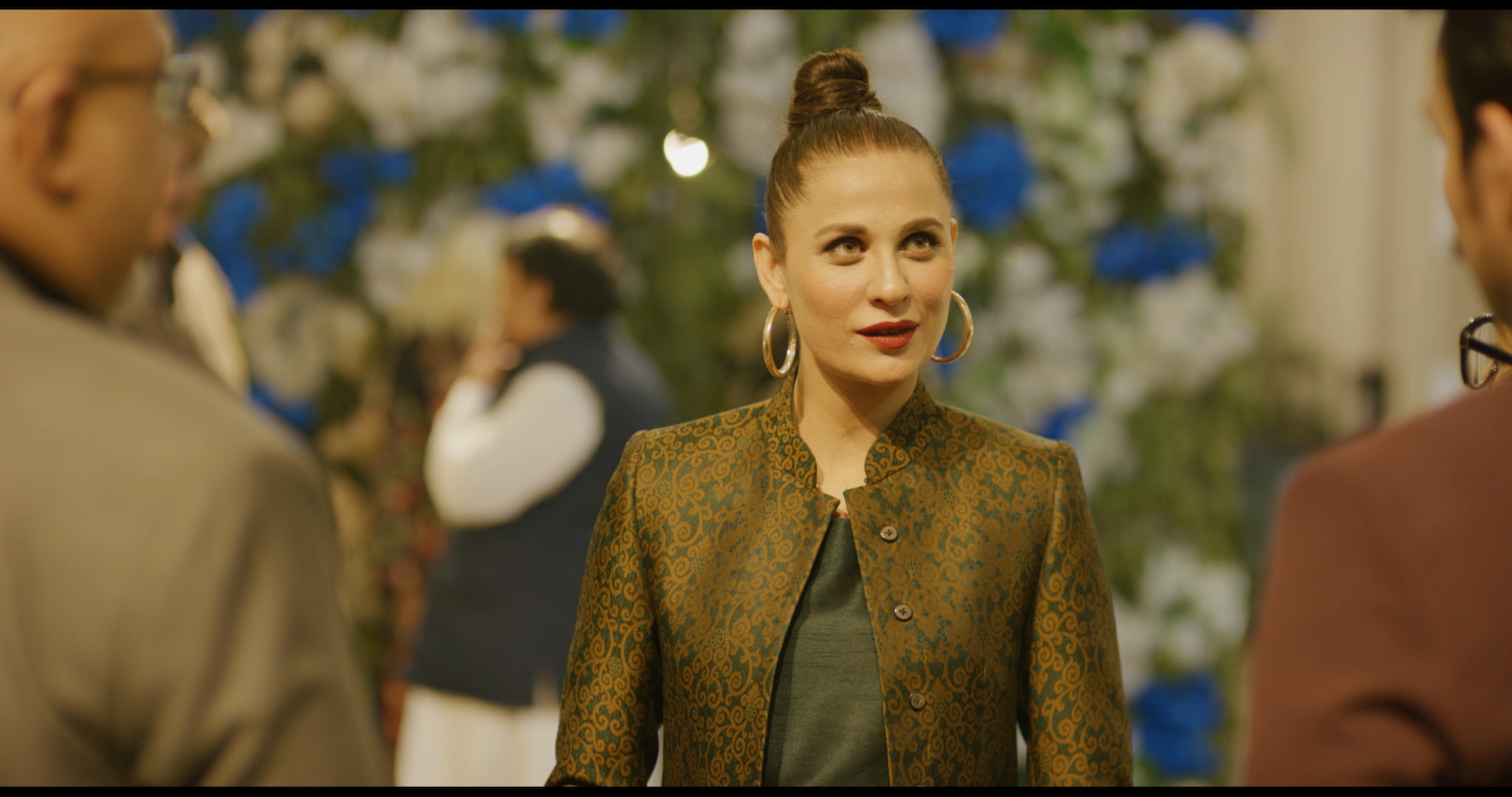 I am grateful to all the actors and crew who worked in the project and put out their best efforts. Also, I would like to mention here is that some of them did not even charge any money. Apart from known faces – Usman Mukhtar, Ushna Shah, Faryal Mehmood, Nausheen Shah, Saleem Mairaj, Ali Sheikh, and Adnan Shah Tipu – I had a large number of seasoned TV and theatre actor as well as newcomers who stunned everyone on the set. In total, I have over 25 characters and that is a big number.

BS: Why did you name the movie Chikkar (Punjabi for mud)?

Z: Actually the basic premise of the film is a small town of Punjab. The primary language of the film is Urdu but I incorporated English as well as Punjabi where it was required to keep it super realistic. Chikkar as a word was different unique and It sums up the movie very well.

BS: Has the film been entirely shot in Pakistan or outside the country as well?

Z: It was shot in Lahore and its suburbs.

BS: How is Chikkar going to be different from other recent Pakistani movies?

Z: This is a very “non-filmy” style film for our market. We are not trying much in this genre. It only has a background song and no additional support for glamour and action sequences. My masala is different but this recipe is being liked and appreciated in other markets. It is difficult to keep something serious, creative, engaging, sensitive and realistic at the same time and that has been a challenge. It is risky too but success doesn’t come on safer paths. 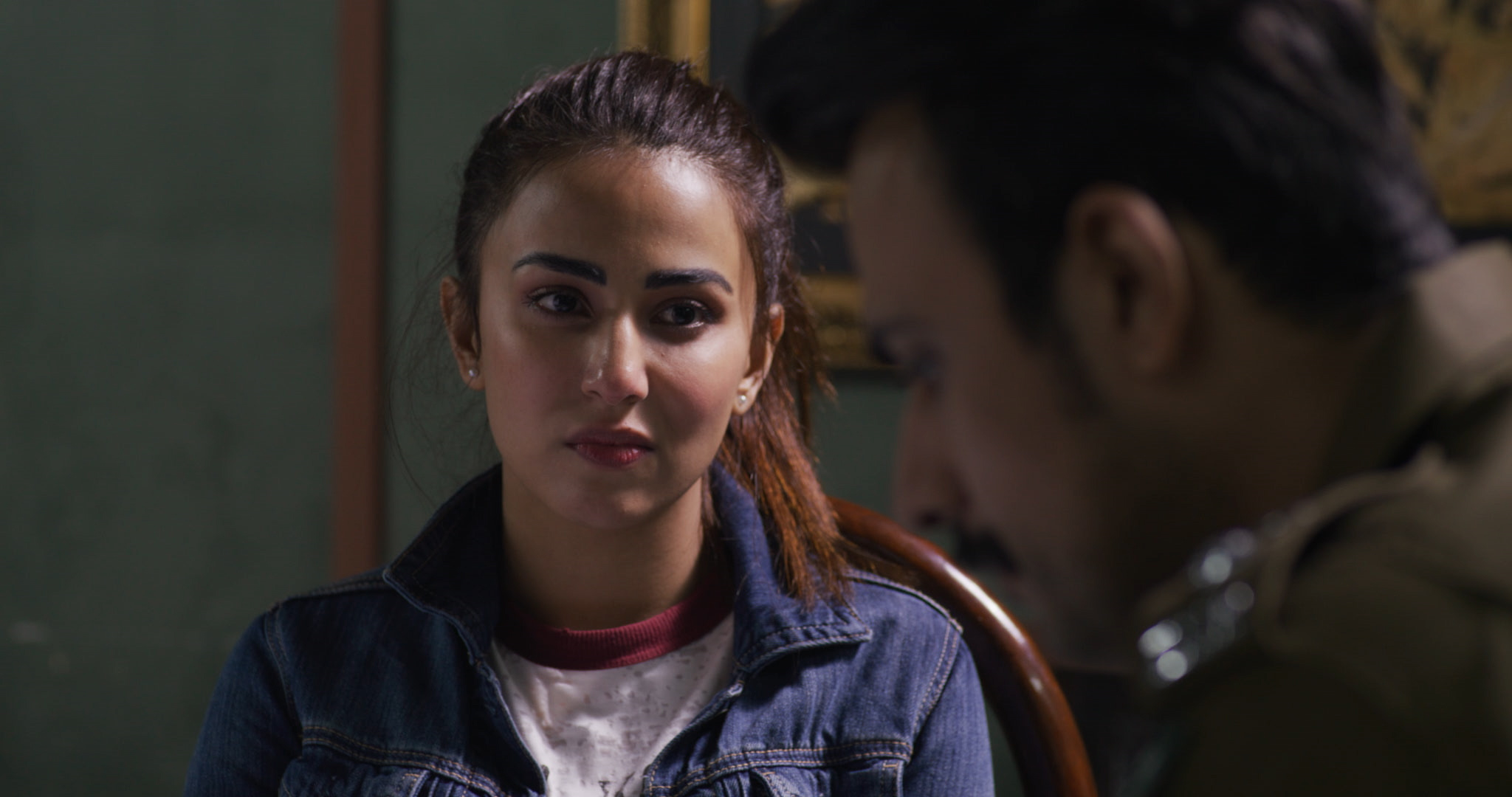 BS: Do you think Chikkar will be a game-changer for the Pakistani film industry?

Z: Every good and intelligent film contributes to the overall equity of the industry.

Everyone is trying their best; this is my contribution.

BS: When will the film be released?

Z: I am planning for August or September, not targeting any Eid for sure.

BS: If Chikkar proves to be a success, will you go for another one and move away from TVCs altogether?

Z: I will go for another film anyway, one failure can not derail you. I love writing stories, and shooting them. We are already working on multiple scripts. I have two other fellow directors Armughan Hassan and Hamza Imam, we might start working on another project this year. As far as commercial work is concerned, we are managing it with this flow. While I was shooting the film my team was shooting commercials and the day I finished the film, the very next day I was back on the commercial track but yes, it depends upon the flow and size of work in the future.

BS: What are your plans for the next five years?

Z: Interesting work, commercials, films, and TV shows. I have a very good team and I’m planning to expand it with like-minded creative and passionate minds. I don’t need to direct every project. I would be happy to work as a writer or a  producer/creator as well. We are also aiming to build an international standard production facility with the capacity to handle multiple projects simultaneously.

Bs: In your opinion what are the most pressing issues that the local film industry is facing currently? And how can they be resolved?

Z: Writing. In my opinion, we are lacking good writers in every format. Forget the production budget, writing a good script doesn’t cost much. From story progression to crafting a scene, we are still following the old tried and tested methods. We need to get out of that shell and explore new subjects as well. Progression is always about finding new paths.

Bs: Lastly, what do you have to say about the concerns local producers have been voicing over foreign films hijacking our cinema screens and the audience preferring foreign content over local?

Z: Look, the audience for movies like Dr. Strange is different. They will never show up in cinemas to watch ‘Ghabrana Nahi Hai’ because the latter’s audience is a separate one. If you want Dr. Strange fans to come watch your movies, then you have to certainly improve the quality as well as the content of your movies; you have to enhance it. Let’s admit that we do not have the contemporary content or execution right now to compete with those movies. You cannot expect to entertain a Marvel fan with the content you are producing locally. Even if the cinema owners had put up Dr. Strange three months after Eid, Marvel fans would have thronged the cinemas to watch it. But they would not have gone for the local movies still.
Moreover, our cinemas have not been functional since covid began and we must realize that business is always ruthless. Cinemas will not go for patriotism, they want business and audience and they will showcase anything that is generating business for them.