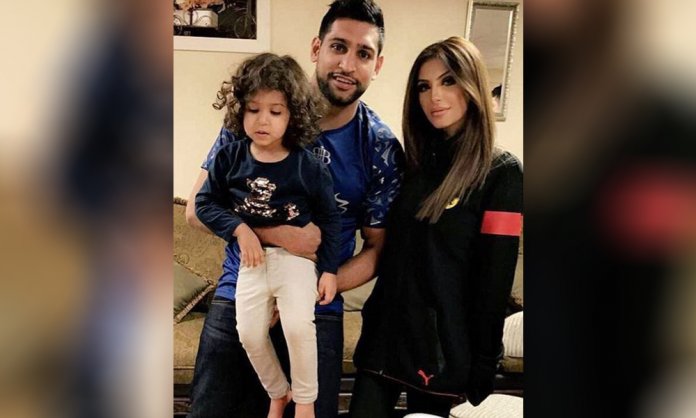 Today marks the 5th wedding anniversary of one of the most controversial Pakistani couples Amir Khan and Faryal Makhdoom.

It was a good chance for the boxer to sort out all the misunderstandings and grudges with his wife but it seems like he never misses a chance to leave her helpless.

To celebrate their 5th anniversary, the boxer took to his Instagram account to pen down his feelings for Faryal but ended up tagging the wrong woman.

The couple was not yet over with the accusation of a 22-year old beautician Sophia who claims to have had a one-night stand with Amir Khan, now they have another reason to fight.

Soon after the boxer realized this big blunder, he immediately deleted the picture and posted another photo with the same caption.

As soon as people on the internet realized his mistake, they started to troll the boxer and the comments were hilarious.

Check out what people said about his blunder:

The couple found itself into a controversy last year when Faryal Makhdoom accused her husband of physically abusing her and having multiple extra-marital affairs. The families of both parties were brought into the media and became the talk of the town.

Following that incident, the boxer was accused of having a one-night stand with a Dubai based beautician. However, if social media is to be believed, both Mr. and Mrs. Amir Khan is busy celebrating five years of their union without much fanfare.