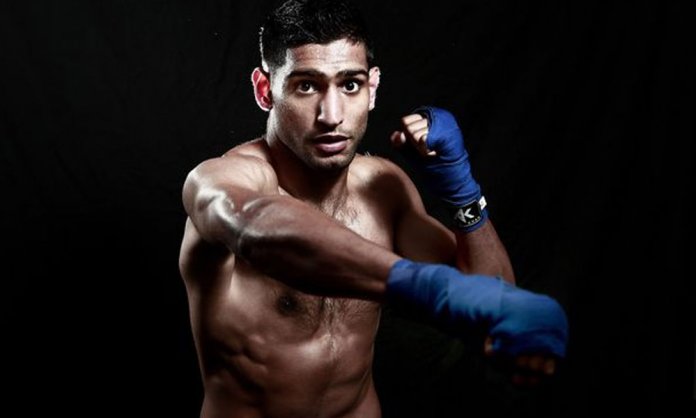 Amir Khan is looking forward to riding the wave of interest in British boxing generated by the likes of world heavyweight champion Anthony Joshua when he fights in the UK for the first time in five years.

Amir Khan is looking forward to riding the wave of interest in British boxing generated by the likes of world heavyweight champion Anthony Joshua when he fights in the UK for the first time in five years.

Khan faces Phil Lo Greco of Canada in Liverpool on Saturday 23 months after he was beaten by Saul ‘Canelo’ Alvarez in Las Vegas, having stepped up two divisions to middleweight, and five years since he last fought on home soil against Julio Diaz in Sheffield.

London 2012 Olympic champion Joshua had yet to start his professional career then but Khan, who has put aside differences with the heavyweight’s promoter, Eddie Hearn, to sign a three-fight deal has been impressed by what he’s seen.

“You look at these great fighters like Joshua cleaning up, doing really well, knocking guys out, selling out stadiums and I’m like, ‘Wow, this is where I want to be again’,” Khan told a press conference on Thursday.

“I’ve done it in the past and I want to do it again. I know I’ve got a style where the crowd will come and watch me and want to see me.”

The 31-year-old added: “Fighters like Joshua out there give you that inspiration to come out and do well and sell out stadiums again.”

“British boxing was really dying and Eddie’s brought it back alive again. I remember the days when I used to fight in America all the time because in Britain, boxing wasn’t as big as what we wanted it to be.”