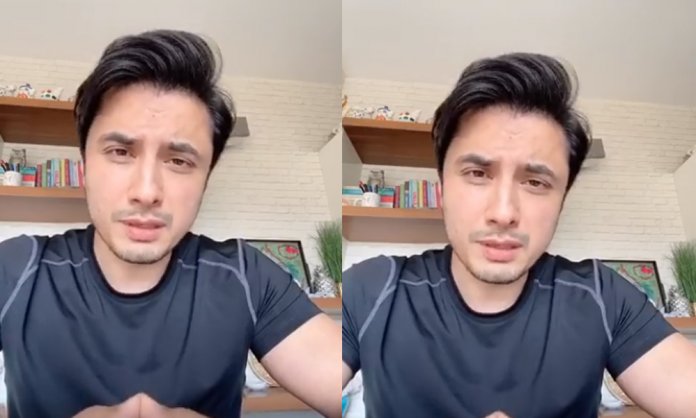 Ali Zafar has been wrapped around with controversy for the longest time now. The harassment case against him by Meesha Shafi has overshadowed his opportunities to work with bigger brands such as Pakistan Super League (PSL) 2020.

During the conversation, Azmat mentioned that a rival artist had hired a team of bloggers (influencers) to raise controversy against the brand.

The news was circulating on social media to which Ali Zafar responded with:

Zafar took the help of satire to send the message across. He addresses everyone in the video saying if in case something doesn’t work out for you, or an event (Hint: PSL) is not a success, it is probably because of me (Ali).

He then adds that he also has a lot of bloggers working for him. He is the one who has gotten President Trump elected.

While he is recording this clip, his song from the previous edition of PSL plays to which he responds, “Bund kurday bhai, Manhoos gana phr luga day daitay hain baar baar.”