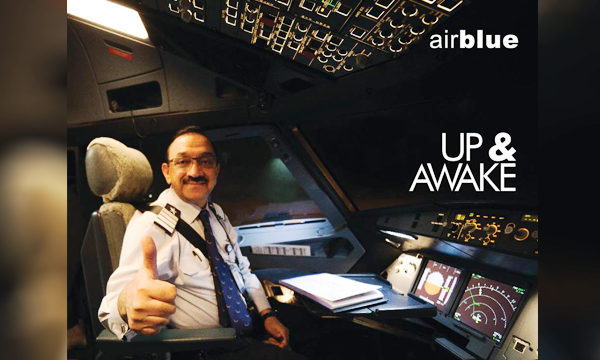 Pakistan’s budget-friendly airline, Airblue has rolled out it’s latest print ad that has raised quite a few eyebrows on social media. While some think the promotional post is timed perfectly, others feel the airline is not in such a position to target PIA.

“Always vibrant & awake for your safety and care in the air”

Following the recent incident that happened on 26th April aboard a PIA flight from Islamabad to London. The pilot was allegedly found to have fallen asleep during duty hours leaving the trainee pilot in charge of the passenger jet. Captain Amir Akhtar Hashmi was suspended after a passenger posted the picture on social media.

The PIA Pilot’s Picture that went Viral on the Internet Alot of people believed this sort of comeback by Air Blue was tasteless and not needed!

These people questioned Air Blue as they only fly short distances!

There were actually some who commended Air Blue’s timely promotional tactic.

What did you think of Air Blue’s latest print ad? Let us know in the comments below.