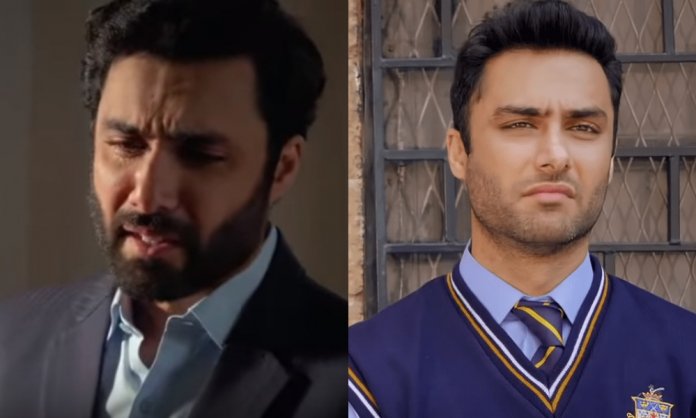 After winning the ‘Best Actor’ award at Washington DC South Asian Film Festival for his performance in a critically acclaimed Pakistani film ‘Laal Kabootar’ Ahmed Ali Akbar is now ruling the hearts of the masses with his performance in Ehd-e-Wafa.

His character of Shehryar has garnered a lot of attention amongst Akbar’s fans and there’s no surprise to the fact that he has made a place in the hearts of many.

The latest episode of Ehd-e-Wafa has a lot people falling in love with Ahmed Ali Akbar. The way Shehryar and Firdous sahab’s scene was portrayed – people admired both the characters a lot.

It was extremely emotional and how Shehryar took Firdous sahab to his office and made him sit on his seat was a great move that flaunted how much Shehryar valued and respected him.

The writer has very shrewdly added Firdous sahab in this present scenario since the viewers already had emotional attachment with him and his son.

The most underrated actor. I love his acting, it's so natural. He always managed to look so decent. I want to see him in more dramas doing the lead role. #Ehd_e_wafa pic.twitter.com/Gfe2I4YtFA

No matter how strict the teacher was n what the teacher did.. it's ur responsiblity n ethics to respect them💛 cuz whatever u r it's all because of ur teachers.. #ehdewafa #ehd_e_wafa pic.twitter.com/WKukmVMbHq

A lot of people have stated that Ahmed Ali Akbar is an underrated actor of this industry.

Ahmad Ali Akbar is the most underrated actor right now. His performance in yesterday's episode was brilliant.
The way Shehryar reacted after seeing firdous Sahab and khursheed I couldn't control my tears.
He is a gem of an actor. #EhdEWafa pic.twitter.com/vsOJxjhLU5

The chemistry between the friends paired with the way their scenes are written in the drama serial and executed has made the friendship of four come alive on screen.

It encapsulated the beauty of youth and carefree college days that we all miss. There is not doubt that the previous episode of Ehd-e-Wafa exhibited how well Ahmed Ali Akbar has performed his character.

Here’s the full episode of Ehd-e-Wafa