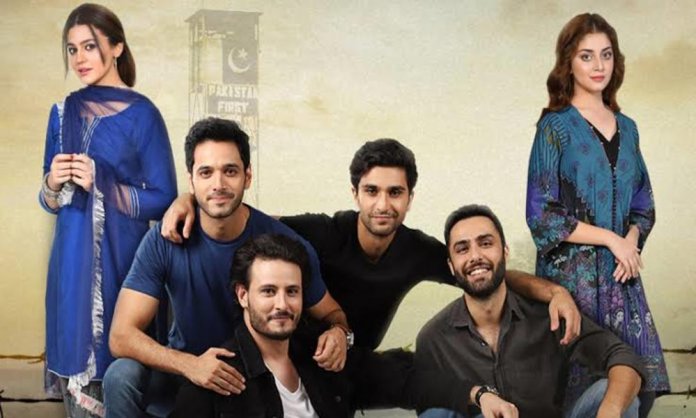 It’s great to see how Pakistani drama serials are gathering the a lot of attention and gaining popularity.

From Meray Paas Tum Ho to Ishq Zahe Naseeb Pakistani drama serials have had the audience on edge.

Drama serial Ehd e Wafa has won the audience over with its light-hearted humor and a narrative that advocates friendship, love, respect and staying true to your values.

After MPTH popular drama serial Ehd-e-Wafa’s final episode might be screened in cinemas across the country, announced director Saife Hassan.

According to sources, the shooting of the drama serial is over and there will be no more than 26 episodes.

The drama detail has managed to develop a substantial fan base since it first aired. A tale about four college friends who meet at Cadet College in Murree, Ehd-e-Wafa is about true companionship, love and loyalty.

Final decision yet to be made

However, a final decision is yet to be made and will be done once Momina Duraid – the producer, returns from her trip abroad, Hassan stated.

The drama is penned by Mustafa Afridi of Sang-e-Mar Mar and Aangan fame. It is produced by Momina Duraid in collaboration with the ISPR. It first aired on HUM TV on September 22.

It’s great to witness how Pakistani dramas are presently gaining certain rage among people here and across the country.