TikTok stars Kanwal Aftab and Zulqarnain Haider got hitched and we have all the details.

TikTok has had a great influence on our generation. The Chinese app took the world by storm with its small clips with a huge variety of voiceovers and music. Now TikTok has taken social media advertising to another level and everyone from influencers to marketers have been making use of the social media tool for different strategies.

Pakistan has got a love-hate kind of relationship with TikTok. Despite being banned multiple times. The application always finds its way back. TikTok stars have been at the forefront of social media for quite some time now. Because of all the social media rave, some stars have really created a name for themselves.

TikTok star Kanwal Aftab tied the knot with a fellow TikToker Zulkarnain Haider and the internet is full of the wedding highlights. Kanwal Aftab who as of today has an Instagram following of 1.3M took to Instagram to post the wedding highlights. The bride wore beige and bright red traditional Gharara adorned with heavy traditional Polki jewelry. However, the groom wore a white kurta shalwar with a traditional red waistcoat. Zulqarnain posted a wedding TikTok on the occasion. 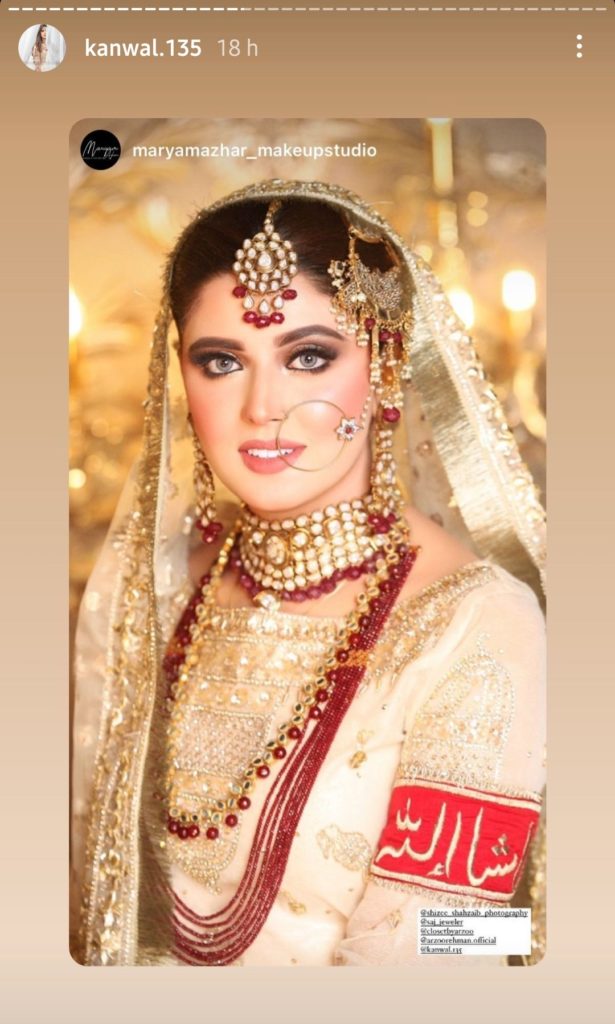 Kanwal posted a highlight from her mehndi on her social media. Ever since the video named Kanwal ki dholki has been going viral on social media.

Soon after the news, Kanwal Aftab Started trending on Twitter. All the hype really shows how many fans Kanwal has gained through this venture of hers.

We wish the couple all the best for their new journey together.