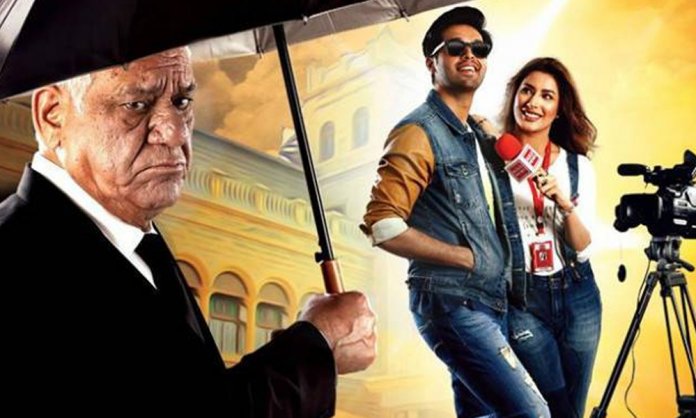 A lot of Pakistani celebrities visited the city of the Big Ben, London over the weekend. The stars were traveling for a special event, The International Pakistan Prestige Awards (IPPA) 2017 took place in London on Sunday, 17th September.

Out of the list of winners, there was one film that bagged the majority of the awards of the night. It was none other than the rom-com film of the year, Actor-in-Law starring the dapper Fahad Mustafa, the late Bollywood veteran Om Puri, and the beautiful Mehwish Hayat. Nabeel Qureshi and Fiza Meerza at the IPPA Awards 2017 with the cluster of awards they won!

Actor in law won all the awards in the film category at IIPA making it the Best film in the Pakistani industry for the year 2016!

Woah! That’s a lot of awards we see on the table!