Abar-ul-Haq may have won hearts at some point but recently he has lost many. The singer got up on stage at PTI’s convention to celebrate its three years of performance. He criticised young mothers heavily but mothers won’t back down also. Here’s the debate being sparked.

What Did He Say?

The video is going viral because he sang Baby Shark song and it is indeed funny when he does that. Who doesn’t love Baby shark? Apparently, Abrar-ul-Haq does not. What people are forgetting when they share the video around is what he says before the song comes about.

Abrar-ul-Haq is basically severely criticising not only the mothers of today but especially young mothers. He says very nostalgically that when we were small our mother would recite the kalma to us to try and get us to sleep. “What does a mother do today? Hands the phone to the kid and blares “baby shark”,” says Abrar-ul-Haq.

Hear What He Said

A Gross Generalisation and Sexism?

This is indeed a gross generalisation on the part of the veteran singer. How many mothers has he seen doing that and has he ever asked why they resorted to it in the first place? To place some mothers at a moral high ground because they did thing A while the others become inferior because of thing B is wrong. Abrar-ul-Haq should mention how many eons ago he was a baby, a lot has changed since then.

Moreover, Abrar commenting on motherhood this way is also extremely sexist. Men have no idea the tough ordeal women go through when they raise a baby. Let’s be honest, in our society the mother practically raises the baby. Fathers are only there to play as many women themselves said.

The comments underneath this video of Abrar-ul-Haq are simply on fire. Young mothers, working mothers, housewife mothers are all standing in solidarity against this judgement by the singer. Judging mothers for how they raise their children is no longer either acceptable or tolerable. National and influential figures should be more responsible with their words. Here’s what mothers said:

There’s more where that came from and a sprinkle of humour: 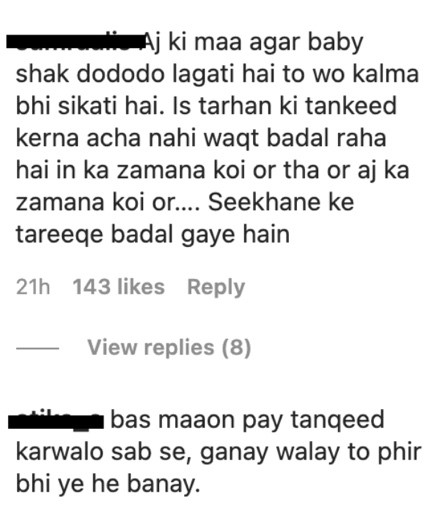 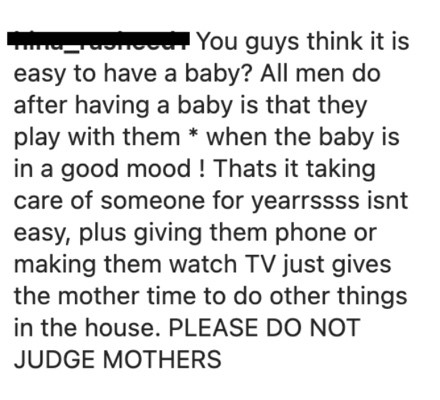 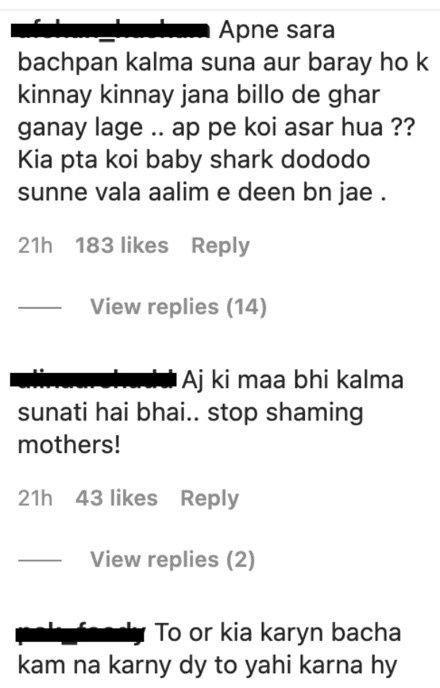 Hopefully Abrar-ul-Haq can apologise for his irresponsible words before this shows other men that making fun of mothers is the new trend.